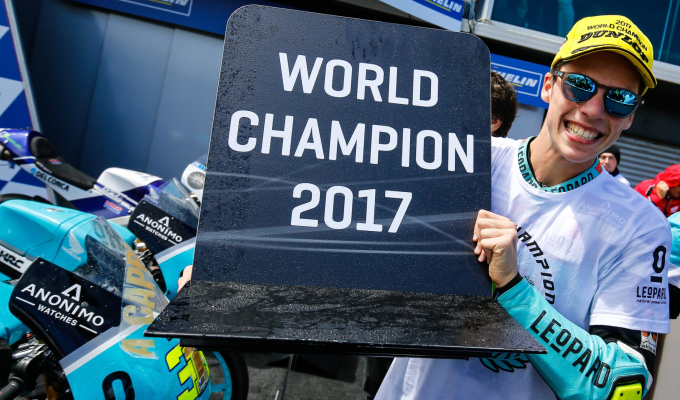 The 20-year-old Spaniard has been in a class of his own in the World Championship’s junior class, winning nine races with a further two podiums, wrapping the title up with two races to spare.

Taking the lead from the off with victory in Qatar, Mir never relinquished the championship lead, showing himself to be in a class of his own with both mature and confident performances every weekend, showing levels of dominance not seen in the junior class for many years.

Despite the chaotic level of Moto3 races, Mir has found himself in the mix every weekend, only finishing out of the top 10 once all season.

The Spaniard will be moving into the Moto2 World Championship next season as part of the Marc VDS team, replacing MotoGP bound and 2017 Moto2 champion elect Franco Morbidelli alongside Alex Marquez.