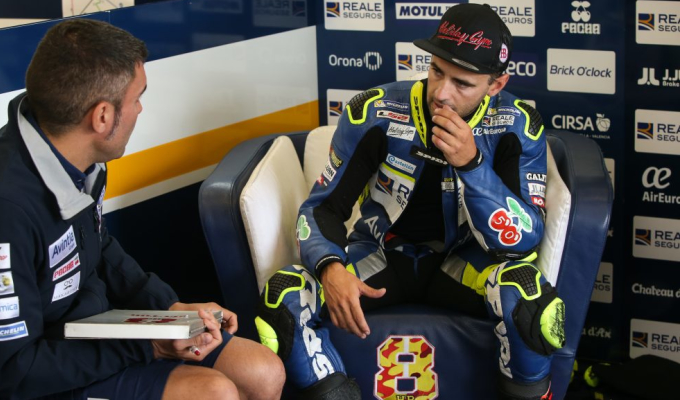 Hector Barbera is rumoured to be negotiating with Sito Pons regarding a seat in the Spaniard’s Moto2 team for 2018.

The 30-year-old has suffered a tough season with only 12 points to his name through 12 rounds. Barbera’s time with the Avintia team now looks up after a disappointing 2017, ending a five-year relationship between the two.

With the two Avinita bikes the only rides without confirmed riders for 2018, and Tito Rabat all but confirmed on one of the two bikes, Barbera’s options are limited for next season, especially as he has little interest in moving to World Superbikes.

With options looking sparse, Speedweek are reporting that Barbera has been negotiating with Sito Pons and his Moto2 team.

The Pons Moto2 team themselves are currently facing financial difficulties after their title sponsor  Paginas Amarillas pulled out of their sponsorship deal earlier this season due to the underwhelming performances of Fabio Quartararo and Edgar Pons who are 17th and 31st in the World Championship respectively.

Such are the financial issues that Pons’ Moto2 team are facing that the Spaniard met with KTM bosses over the weekend at Silverstone to see if he could secure a new package at a serious discount. KTM were open to the idea of supplying bikes to a customer team, on the prevision that Pons would field a top five rider, such as Hector Barbera.

Whether this ends up working out of either Pons or Barbera remains to be seen.