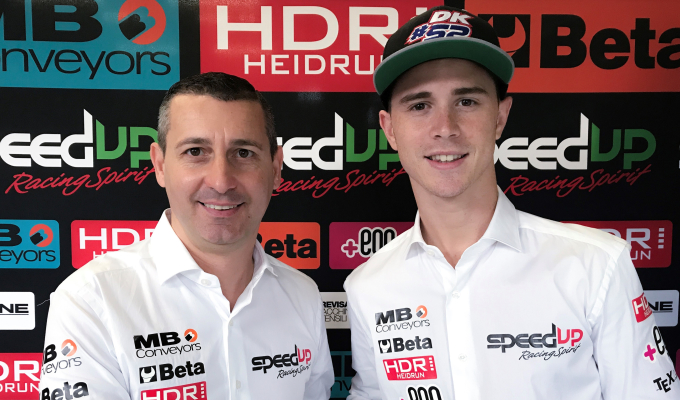 The Brit, who is currently standing in for the injured Marcel Schrotter in Austria this weekend, was left without a full time ride for 2017 after a messy split from the Keifer Racing team after the American Grand Prix in Austin earlier in the season.

However, the 23-year-old now has his future for the next two years tied up after signing a deal with the Italian team, his fourth different Moto2 chassis after stints on the Mistral, Kalex and Suter chassis already.

“I’m really excited about this new opportunity with Speed Up and I can’t wait to get on the bike,” said the Brit.

“I’d like to thank Luca and all the team for their belief in me, I’m working hard towards the end of season tests and already excited for 2018.

“This weekend I’m replacing Marcel Schrotter which will be good to get some time back on the Moto2 bike. I’d also like to thank Alpinestars and Nolan for their support. 2017 has been tough but it had made me even more determined for the future.”

Photo via Speed Up