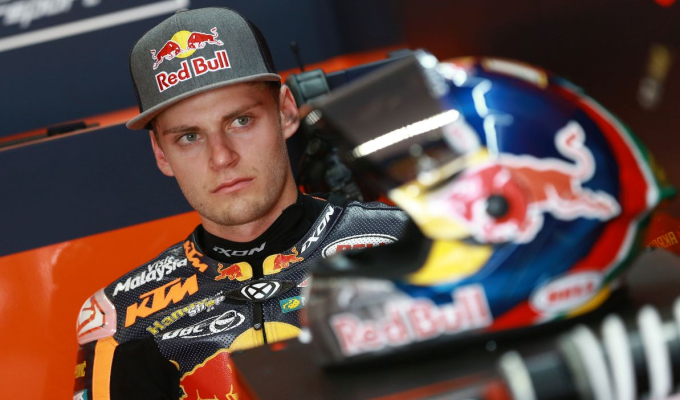 Reigning Moto3 World Champion Brad Binder will be back with his Ajo KTM Moto2 team this weekend in Mugello.

The South African has been forced to sit out for the past three races after he was forced to undergo further surgery to repair the arm he broke during a late season test in Valencia at the end of 2016. After fighting through the pain in the opening rounds, the decision was made for Binder to have the surgery and come back healthy.

Whilst still short of 100%, Binder is eager to get back on his Moto2 machine and get back to work at a circuit he won at last season en route to his Moto3 World Championship.

“Being able to compete again after my injury feels great, as it has been a very long few weeks watching the races from home,” said the 21-year-old.

“I’m happy, because after the third operation I think we have taken an important step forward and I feel that my arm is healing correctly; after the other surgeries I found rehab a little harder. It is clear that I am not yet at 100% physically, but I think I am ready to compete.

“Mugello is a circuit where I have always enjoyed riding. I got my first podium there in the Red Bull Rookies Cup and a victory in Moto3 last year. It’s a track that has always been pretty good for me, but this weekend, on my return, I just want to test how my arm is and see where we are.”