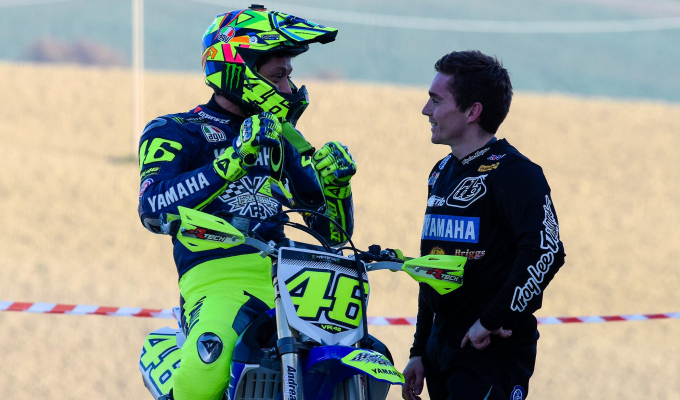 Italian legend Valentino Rossi has been admitted to Rimini hospital for observations after a crash whilst training for next weekends Italian Grand Prix at Mugello.

The Doctor will spend the night under observation for chest and abdominal injuries after a motorcross crash at the Cross Park Cavallara, about 50km south of his hometown of Tavullia. Italian website GPone are reporting that Rossi may have suffered a broken rib or injuries to his shoulder, although nothing will be confirmed until the Doctor can have a scan tomorrow morning – although Yamaha have denied any fractures and said that the trauma is mild.

Whilst Rossi isn’t thought to have suffered any external injuries, Rossi’s last motorcross crash left him with a lingering shoulder issue, one which troubled the Italian far longer than the broken leg he also suffered in 2010.

The Italian is still thought to be fit for Mugello, although once the extent of his injures are revealed tomorrow at 11am, a definite decision will be made to his participation during next weekends Italian Grand Prix.

4 thoughts on “Valentino Rossi admitted to hospital after training crash”