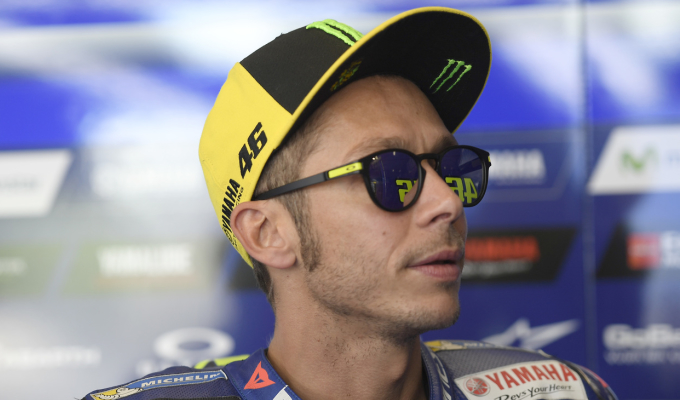 Valentino Rossi has suffered a suspected broken right tibia and fibula after an training crash at his own ranch in Tavuilla.

According to Italian website Gazetta dello Sport the Italian was riding an enduro bike with the VR46 Riders Academy boys when he suffered a hard fall. It was known almost instantly that the injury was a bad one and the Italian was taken immediately to the Urbino hospital for further checks and is now scheduled to undergo surgery later on this evening.

The right leg is the same one that Rossi broke back during the 2010 season when he was forced to miss four races after breaking his leg during a practice crash at his home Grand Prix of Mugello.

This injury marks the second time shortly before a home race that Rossi has suffered an injury after injuring his sternum in a MX crash before the Italian Grand Prix in Mugello earlier in 2017.

Rossi would definitely miss next weekends Misano Grand Prix should the bones be broken and almost certainly still be sidelined for the Aragon Grand Prix on the 24th of September, with the Japanese Grand Prix at Motegi a feasible target to return for.

The news comes as a huge blow to Rossi who is still hunting for the ellusive tenth World Championship. After last weekends British Grand Prix, the Italian closed the gap to the top of the World Championship to just 26 points.