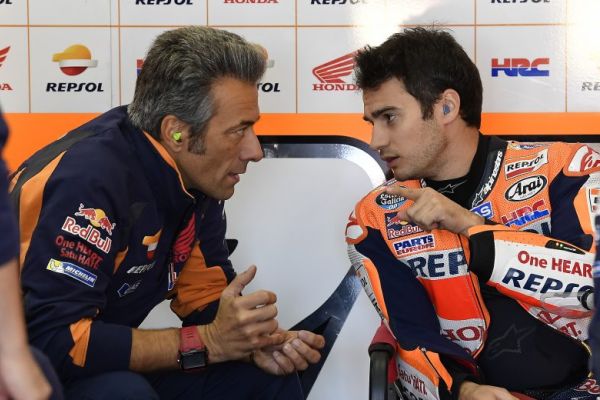 HRC have cancelled their planned private day test in Southern Spain next week, due to completing their testing programme in Valencia earlier this week.

Repsol Honda duo Marc Marquez and Dani Pedrosa were due to be on track next Wednesday through Friday. However, due to the great weather and track time available to them during this past weeks IRTA test in Valencia, the factory squad managed to complete their entire testing plan.

With a lack of updates from the Valencia test available before the private test, Honda decided to allow their factory riders to head off on their winter holidays early and save the valuable testing days for next season when they have more new pieces to test.

Honda will still have a presence in Jerez with test rider and factory contracted Jack Miller both making the trip down to the Andalusian coast. Honda have been working on a new user friendly engine for 2017 and will utilise Miller and Aoyama to continue developing the engine.

Other than the four Yamaha’s – who have all travelled to Malaysia to take part in a private three-day test around the Sepang International Circuit – the rest of the MotoGP paddock have also migrated south to Jerez.

After Yamaha’s very public and controversial decision not to let Jorge Lorenzo test the Ducati down in Jerez, Ducati decided to allow fellow factory rider Andrea Dovizioso the test off. Other than the injured Alex Rins, all other riders are expected to be on track in Jerez.

Photos via Michelin Motorsports and HRC