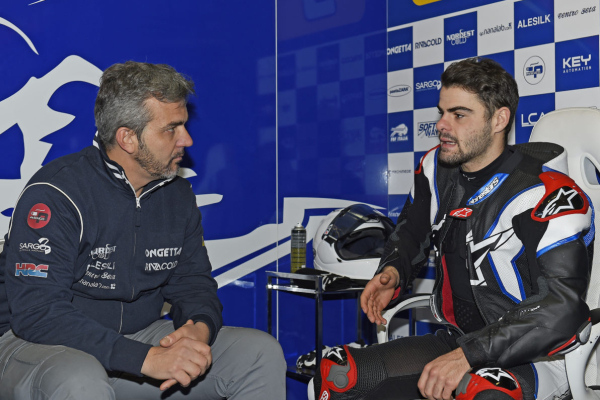 Romano Fenati made his return to the Moto3 paddock in an impressive fashion, ending the two day test in Jerez fastest overall.

This week marked the first time that Fenati had been on track with the Moto3 World Championship riders, and the first time he has been on the Honda NSF250RW Moto3 machine. Fenati looked at ease from the off, topping the first day of the test with a 1:46.930 – quicker than his qualifying time from the 2016 Jerez Moto3 Grand Prix.

Fenati’s time from day one went unbeaten by anyone on day two and despite not focusing on laps, but rather with development and adjusting to the Honda bike, ‘Fenny’ left the test topping fellow Italian Di Giannantonio by two hundredths of a second.

The 20-year-old said that he worked well with his new team and started his redemption tour on the right foot.

“We had positive tests, started off on the right foot. I really like my team, as well as my motorbike,” said the Fenati.

“We need to work hard, as we did today, and improve again. In Valencia I hope to find a good feeling right away in order to fix a good basis, useful for 2017.”

2017 will be Fenati’s sixth year in the Moto3 category. He had originally signed a deal to join the VR46 Moto2 team alongside Pecco Bagnaia before his public sacking from the VR team in Austria this year.