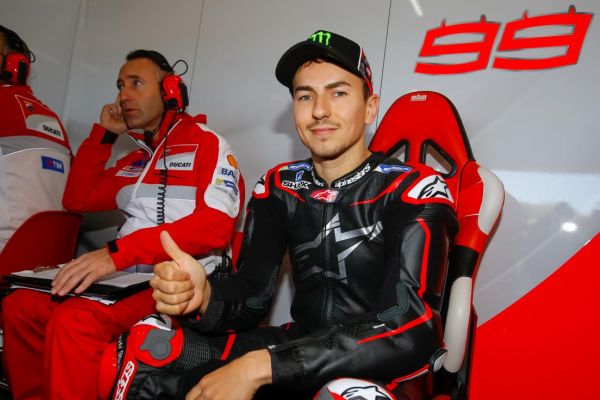 Jorge Lorenzo and Maverick Viñales both got their hands on their new machines as they begin their preparations for 2017.

Both riders are in special liveried Desmosedici and YZR-M1’s respectively due to their contracts with their previous teams running until the end of 2016 and new contracts not coming into effect until 1st January 2017.

Lorenzo worked with Ducati on a new tank position and changing his riding position, whilst Viñales impressed from the off, lapping within a second of his fastest time of the race weekend within 20 laps on the Yamaha.

Take a look at the first glimpse on the two Spaniard’s on their respective new machines.