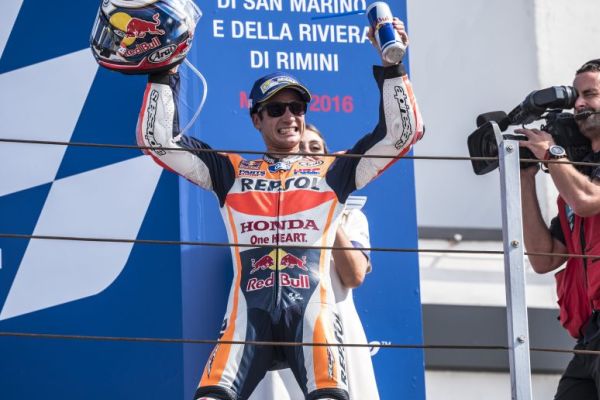 Dani Pedrosa will make his return to the MotoGP paddock and will be back aboard Repsol Honda this weekend at the season finale in Valencia.

The Spaniard has been forced to miss the last three flyaway races in Motegi, Phillip Island and Sepang after a huge free practice crash in Japan left Pedrosa with a broken right collarbone, right fibula and the fourth metatarsal in his left foot. The 31-year-old was forced to sit out all three fly away races and was replaced by Honda test rider Hiro Aoyama in Japan and Malaysia and by 2006 MotoGP World Champion Nicky Hayden in Australia.

Whilst the American was pencilled in to replace Pedrosa once again in Valencia, Pedrosa, along with the expert opinion of doctors has been given the all clear to ride at a circuit in which he has claimed seven podiums in his 10 MotoGP races at the Circuit Ricardo Tormo.

Pedrosa admitted that there is still a chance he won’t be able to compete once he gets back on the bike in Valencia, but said that his rehab went well and is optimistic of his chances at finishing the season on the bike.

“These past three weeks haven’t been easy because of the pain, especially immediately after the operation, and also because I missed racing at some of my favourite tracks,” said Pedrosa.

“Anyway, after I started with my rehab, things began getting better day-by-day, and the thought of trying to recover in time for Valencia was a boost that helped during the tougher moments. We’re still not sure about how I’ll feel on the bike, but anyway I’m happy to be able to get back to racing!

“I love the Valencia track, I have fantastic memories here and I like the idea of getting back to action in front of my fans,” he said.