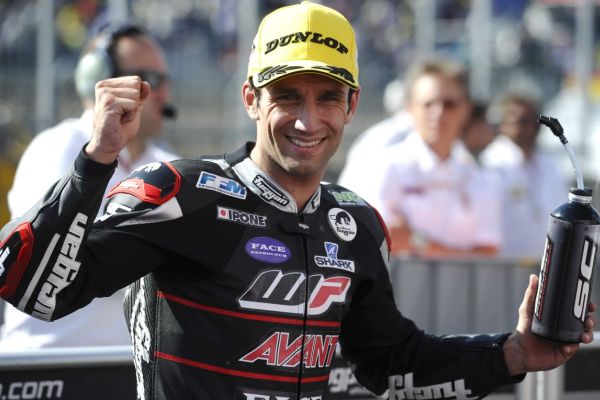 The Frenchman came into the weekend leading Tom Lüthi by 22 points and Alex Rins by 25. However, the Frenchman never looked in any danger of being caught by the two challengers.

With rain falling at the start of the race, tensions were high on the grid with mistakes easy to make. Zarco managed to get away out the front with Franco Morbidelli and Jonas Folger. The Frenchman sat behind long-time leader Morbidelli for a lot of the race before deciding to make his move with six laps to go.

Once taking the lead, Zarco gapped the chasing duo and went on to win the Grand Prix and retain his World Championship.

Lorenzo Baldassarri was the best of the rest in fourth position ahead of local rider Hafizh Syahrin, Tom Lüthi, Alex Marquez and Xavi Vierge who battled through from the back of the grid to eighth on his Mistral.

Zarco’s second Moto2 World Championship provided him with a little more trouble than his first. In spite of being made to work harder for his second title, the 26-year-old has still claimed six victories and backed that up with a further three podiums with one round still remaining.

A jump start in Qatar meant Zarco’s season got off to a shaky start, but with victory in Argentina, his title defence finally got underway. His first win of the season was backed up with a third place in Texas and a fifth in Jerez before crashing at his home race of Le Mans.

However, once the paddock met up in Mugello, Zarco won four of the next five races, with a second place in Assen meaning Zarco took 120 out of a possible 125 points in the heart of the season.

After some more uncertain performances in the wet at Brno and a penalty of getting tangled up with Sam Lowes in Silverstone left the door open for Tom Lüthi and Alex Rins.

The challengers were given further hope with a run of one podium in four through Misano, Aragon, Motegi and Phillip Island, however, Zarco’s second position in Sepang saw him retain his crown.

Zarco becomes the first man to retain titles in the intermediate class since Jorge Lorenzo achieved the feat in the 250cc Aprilia in 2006 and 2007. He will join the Monster Energy Tech3 Yamaha team in 2017 alongside fellow rookie Jonas Folger.