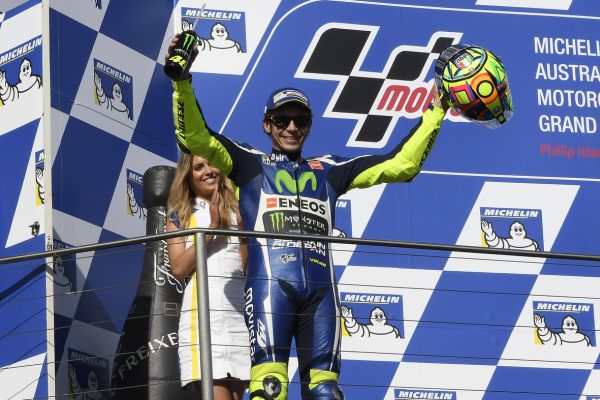 Valentino Rossi arrives in Malaysia ready to cement his second place in the MotoGP World Championship, although he did admit you have to be careful what you eat and drink in Kuala Lumpur.

The Italian is now 24 points ahead of team-mate Jorge Lorenzo in the MotoGP World Championship, with second place the only thing left to play for now. Rossi will be desperate to finish ahead of Lorenzo and will be hoping to secure secure second in the World Championship this weekend.

Rossi produced a spectacular ride in Australia just last weekend, earning himself second place after starting 15th on the grid, and he arrives at one of his strongest tracks, even if his last victory in Malaysia came in 2010.

“Sepang is one of my favourite tracks,” said ‘the Doctor’. “I like it a lot, but it’s also one of the most difficult races of the season due to the weather. It is always very hot and you must always be very careful with what you eat and drink.

“The weekend in Malaysia is very demanding physically, but I’m in good shape. The weekend on Phillip Island was very complicated but in the end we did a good race and I’m happy for that.

“I hope that in Malaysia we can be able to work well again from the first practice. I would like to make it a good race and go to the podium another time.”