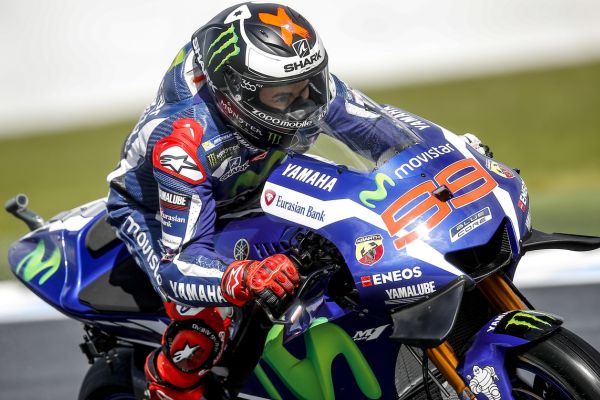 Jorge Lorenzo has said that he is not expect any tyre issues in Malaysia, despite the Sepang International Circuit being recently resurfaced.

Lorenzo has endured one of his worst seasons in MotoGP with tyres leaving the three-time MotoGP World Champion uncertain and preventing him from going fast. Last weekend, Lorenzo once again struggled with tyres in the cold temperatures of Phillip Island. Lorenzo could only manage P6, a result that was aided by crashes to Marc Marquez and Aleix Espargaro.

Whilst cold temperatures won’t be an issue this weekend in Malaysia, the track has recently been re-surfaced. With thousands of testing miles done around the SIC now laid to waste, Lorenzo will be hoping he can use the fresh start to end his season strongly.

“The result in Phillip Island was unexpected for me,” said the Majorcan.

“We struggle too much in these types of condition and I was not able to ride the way I wanted to. The temperature was too cold and that is why I suffered a lot, it was difficult to warm up the tyres.

“Sepang is a very different track. We know the layout pretty well because usually we test there a lot of times, but this season something has changed,” he said.

“The asphalt is new and will be different from what we checked out during the preseason. I’m not expecting any issues with the tyre temperature this weekend because of the Malaysian heat so I’m going to try to fight for the podium again.”