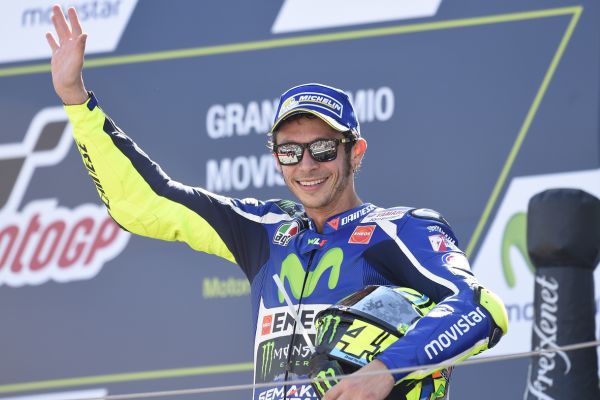 Valentino Rossi isn’t ready to throw the towel in just yet, as he looks towards the three flyaway races, starting this weekend in Japan.

The Italian now sits 52 points behind Marc Marquez in the MotoGP World Championship standings after the Spaniard’s victory last time out in Aragon. Whilst Marquez was saying yesterday that the next three races are about damage limitation for him, Rossi has said that the Yamaha is strong, so he hopes to be competing for the victory.

“I love the three overseas races, these circuits are fantastic. On paper we are strong with the Yamaha, so I hope to fight for the victory,” said the Italian.

The Yamaha looked like the best bike on the grid at the start of the season, winning five of the first seven races of the season. However, since Rossi’s victory in Barcelona, Honda, Ducati and Suzuki have all won races, whilst Yamaha have seen their riders not able to add to their tally of wins.

In spite of this, Rossi is excited to return to the Yamaha and said he enjoys the atmosphere and circuit at the Twin Ring Motegi.

“I’m especially happy to go to Japan because it is the home of Yamaha and I will do my best to make it a good Grand Prix. I like the track and the atmosphere. I’m in good shape and I’m ready for the three races in a row,” he said.