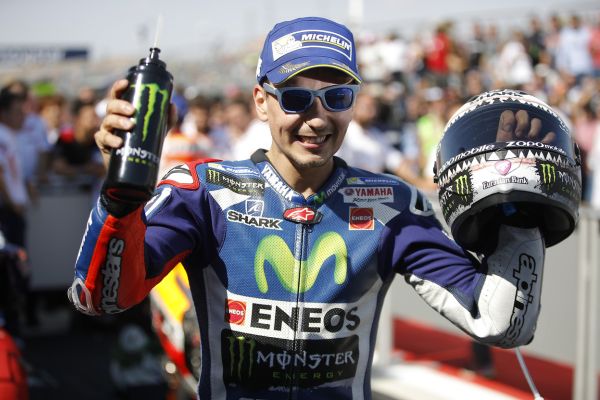 Reigning MotoGP World Champion Jorge Lorenzo has said he loves Japan and the Twin Ring Motegi ahead of this weekends Japanese Grand Prix.

Lorenzo heads to Motegi as a factory rider for Yamaha for the last time, with him leaving the Japanese factory at the end of this season in favour of a switch to Ducati. With this in mind, the Spaniard is hoping to give Yamaha a victory in the “real home race”.

“We now kick off the most different part of the season and maybe the most exciting because we face three races in a row and they are all overseas, so physically and mentally it asks a lot from you,” said Lorenzo.

“On the other hand it is a nice adventure every time we go there. First on the list is Motegi and this track gives me great memories. I love Japan and I like a lot this circuit because of the people and for Yamaha and the other Japanese manufacturers this Grand Prix is so important. This is the real home race.”

Despite sitting 64 points behind World Championship leader and 14 behind team-mate Valentino Rossi, Lorenzo isn’t ready to totally give up on the year, hoping to end the way as strongly as possible.

“The end of the championship is still quite far away so we need to continue to ride in the best way possible, be competitive and try to win again. It would be fantastic to do that at Yamaha’s home Grand Prix!”