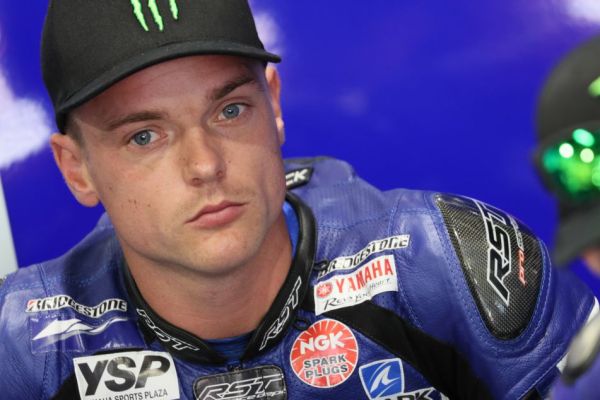 Alex Lowes said he will have to pinch himself come Sunday afternoon when he lines up alongside the likes of Valentino Rossi, Marc Marquez and Jorge Lorenzo for the British Grand Prix at Silverstone.

Lowes has been drafted in to replace the injured Bradley Smith on the Yamaha Monster Energy Tech3 M1 in both Silverstone this weekend and Misano next weekend, whilst the Brit continues to recover from right leg injuries sustained in a a free practice crash, whilst competing for Yamaha in the Oschersleben World Endurance event.

With a gap in the World Superbike calendar, Lowes – whose twin brother Sam will be vying for Moto2 glory on Sunday – will make his MotoGP debut in front of his home crowd at Silverstone, and Lowes has admitted that he will have to pinch himself when he looks at who he will be sharing a grid with come Sunday afternoon.

“First of all, I just want to say how sorry I am to hear of Bradley’s injury. It sounds like he has been extremely unlucky and I hope he gets well soon,” he said.

“With regards to me getting this opportunity, of course it’s genuinely a dream come true. I’m sure that I’ll have to pinch myself on Sunday when I’m sitting on the starting grid with Rossi, Lorenzo, Marquez etc!”

Despite saying it is a dream come true to race in front of his home crowd at Silverstone, Lowes did admit that he has no expectations and wants to enjoy and learn from the experience, rather than try and set himself too many targets.

“However, I have no expectations at this point. I simply want to learn as much as I can from everyone around me. I personally want to thank everyone at Yamaha and Tech3 for giving me this opportunity.”