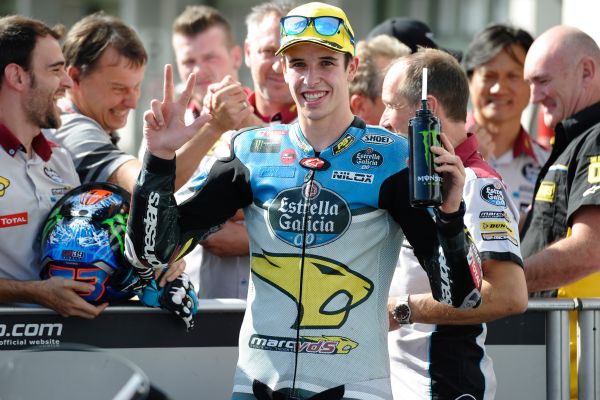 The younger Marquez beat out both Jack Miller and Alex Rins en route to winning the Moto3 World Championship two years ago, but has subsequently struggled in his season and a half in Moto2, after making the move up to join the Marc VDS team after his title.

After winning the Moto3 title, Marquez had hoped to follow in the footsteps of both his older brother Marc and the 2012 Moto3 World Champion Maverick Viñales who won seven and four races respectively during their rookie campaigns in Moto2. Despite some encouraging performances, Alex is still to experience the podium in Moto2, with a best result of a fourth place which he has achieved twice, but his spell in Moto2 has been largely plagued by crashes.

In spite of the crashes, the Marc VDS team decided to give Marquez a one-year contract extension, in a bid to allow him to fulfil the promise shown in Moto3 and reward the team for their commitment to him over the past two seasons.

Marquez said that his struggles in Moto2 are down to attempting to replicate the high standards set by both Marc and Viñales, rather than setting his own goals and concentrating on his progression as a rider.

“Last year I put too much pressure on myself, my expectations were too high,” the Spaniard told Motorsport.com.

“When you see someone like Marc or Maverick, you think I can do that, but now I know that’s not good. You have to focus on yourself and not look at what others are doing. That’s what I’m doing now, and I know that if I do this, I can return to being the fastest rider, as I was in Moto3.”