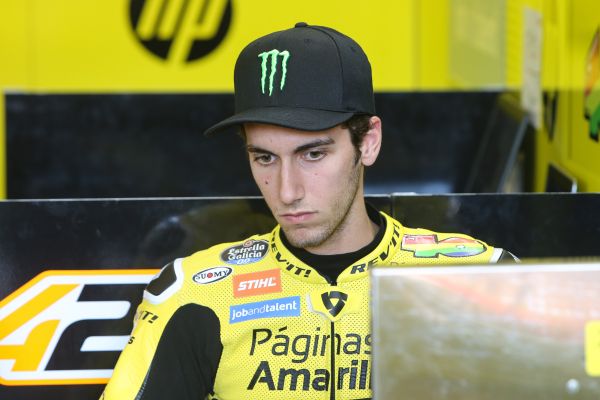 Moto2 title challenger Alex Rins has broken his left collarbone in a training accident in Spain.

The Spaniard was training on a 100cc bike near his home in Barcelona when he fell off the bike and subsequently broke his left collarbone. Rins will undergo surgery tomorrow in the Dexeus Clinic and will be operated on by the riders trusted Dr. Xavier Mir.

Despite having just nine days to recover from surgery ahead of the British Grand Prix at Silverstone, the Pons rider is hopeful he will be in Silverstone and be close to 100%.

“I was training with the 100cc and I had a fall,” explained the Spaniard.

“At first it didn’t hurt to much, but when I cooled down, the pain increased and we decided to go to hospital. They found I have broken my collarbone and they have advised me to go under the knife to fix and be on top in England,” he said.