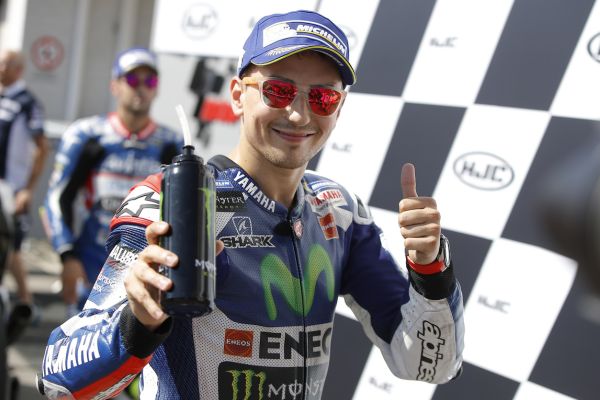 Defending MotoGP World Champion says the reason he missed out on pole position was probably because he “pushed a bit too hard”.

The World Champion looked set to claim pole position after posting a 1:54.849, a qualifying lap record around the Brno circuit. After topping FP3 and posting the first lap which was 0.6 ahead of his closest rival, the writing was on the wall for Lorenzo to take pole.

However a stunning lap from Marquez, a new circuit record, saw him beat Lorenzo’s best time by 0.253 seconds. Despite looking as if he may have the pace to challenge Marquez, the Spaniard thinks he may have been pushing too hard if anything, trying to better Marquez’ lap time.

“I probably pushed a bit too much, too hard and was late on braking so I had not enough corner speed to be fast on the second tyre,” said Lorenzo.

“I think the second tyre performed a bit less than the first one, so ultimately I couldn’t be faster. We are happy with second place, especially because we have a good pace and a good set-up to keep up in the race.”

Lorenzo will be confident if the rain stays away from Brno, however, with rain forecast for tomorrow morning, the World Champion will have to be prepared for every possibility.