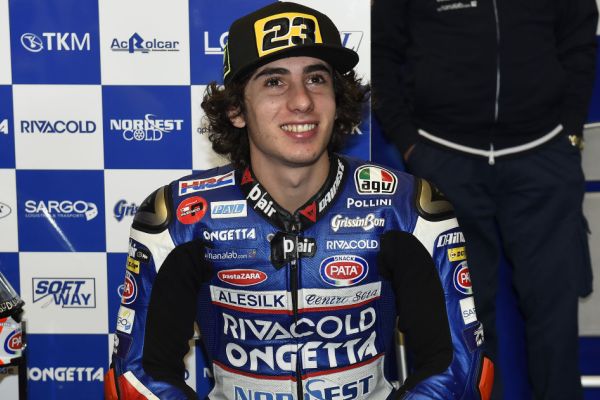 Antonelli suffered the injury to his collarbone during qualifying for this past weekends German Moto3 Grand Prix whilst attempting to put himself towards the front of the grid with rain forecast for Sunday’s race.

The Ongetta-Rivacold had a small plate inserted onto the collarbone on Tuesday morning. The plate was inserted to aid the healing process and keep the collarbone in the right position as it resets itself.

The three-time Moto3 Grand Prix winner will have to rest his collarbone for the next 7-10 days, before hitting the gym hard and preparing for the next round of the Moto3 World Championship in Austria in three weeks time.

“The surgery went well, I’m glad I did because, in this way, the recovery times are faster,” said Antonelli.

“Now I will have to rest for a few days before I can train and begin to recover. Thanks especially to Prof. Porcellini and his staff for the professionalism and fast response times. Thanks also to all those who were close to me in these days and who have shown me their support.”

Antonelli is currently seventh in the Moto3 World Championship standings on 63 points, just two points behind his compatriot Enea Bastianini.