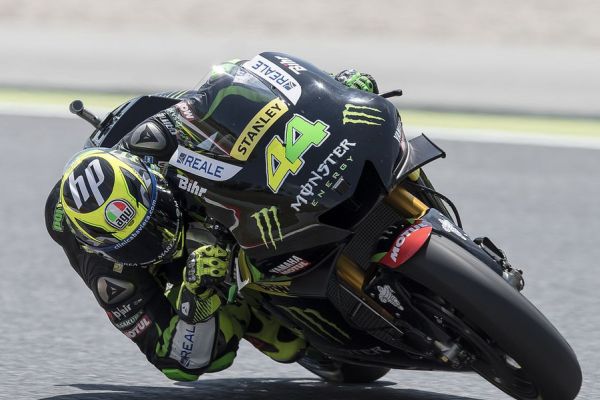 Top satellite rider, Pol Espargaro has said he is hoping for another impressive finish in Germany, before he heads to Japan for this years Suzuka Eight Hours.

The Spaniard matches his career best result, just missing out on the podium in Assen with a fourth place finish, after just losing out to Scott Redding in the treacherous conditions.

Despite not claiming a first MotoGP podium, Espargaro will be looking to build on the result in Assen, this weekend in Germany.

“As usual, I am looking forward to racing this weekend and I am positive about the team and I doing a good job in Germany,” said the 25-year-old, who is currently sat sixth in the MotoGP World Championship standings.

“The track is certainly unique and when I ride, it feels a little bit like karting on a MotoGP bike. It is really tight and twisty, plus as there is no long straight, we don’t get much of a rest so it’s very physically demanding.

“Having said that, we are upbeat because the nature of the Sachsenring suits the Yamaha so I think we can push for a strong showing again. However, I believe that we may see some unexpected results but I’ll try hard to be one of those who have a notable performance.”

After completing the race at the Sachsenring, Espargaro will head East to Suzuka to defend his Suzuka Eight Hours title. The Spaniard has lost one of his team-mates from last year (Bradley Smith) but will be eager to defend his crown.

“We are ready and prepared so I am sure that we can tick off part one of the season in a positive fashion before I fly to Japan to compete in the Suzuka Eight Hours race for the Yamaha Factory Racing Team.”