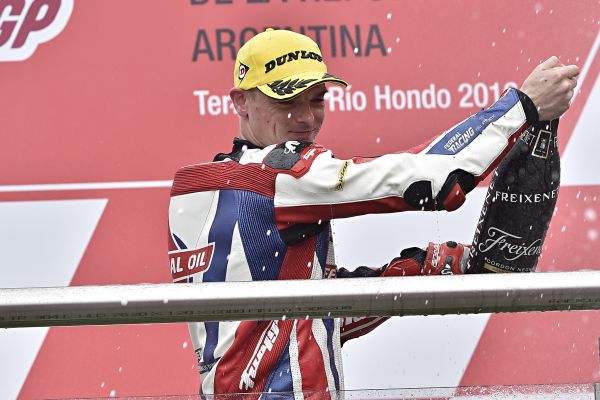 Sam Lowes is hoping to replicate his 2015 success at the Circuit of the America’s and claim his second win in the Moto2 World Championship.

Last season saw Lowes on the Speed Up bike claim his maiden Moto2 victory in Austin after dominating all weekend. Since his 2015 victory Lowes has moved from the Speed Up chassis over to the much preferred Kalex machine with the Gresini team, ahead of his move to MotoGP in 2017.

On the back of a strong second place last weekend in Argentina and after finding a good set-up with his new Gresini Kalex, the 25-year-old Brit doesn’t see any reason why he can’t achieve the same result this year.

“It was really important to get a good result in Argentina because at the first Grand Prix in Qatar we have been unlucky,” said Lowes, who’s currently third in the World Championship standings, seven points behind Tom Lüthi.

“I love the track in Austin and the goal has to be to try to win, which is a realistic target. The bike has been good on every track so far, so I can’t see why it wouldn’t be at Circuit of the Americas.

“I’m really happy, I feel that we can do a good job and I’m going to Texas to try to win the race starting from where we finished last weekend.”