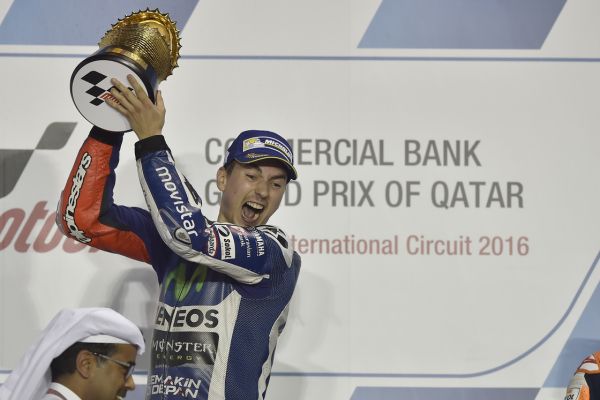 MotoGP World Champion Jorge Lorenzo and compatriot Marc Marquez are both said to be worried about their safety over this weekends Argentine MotoGP.

Large portions of the Argentine and South American crowd have shown to be passionate Rossi fans over the past two seasons, something most riders are used to wherever they go. Nor are the riders particularly fussed by the social media abuse they receive daily. However in South America they are concerned the abuse could become more than vocal.

Spanish daily Marca, are reporting the Spaniards are concerned for their safety in and around the Termas de Rio Hondo circuit.

Both riders are of course now deemed the enemy to certain sections of the Italian’s followers, after the way the 2015 season unfolded. This has in turn prompt death threats on social media to Marquez and Lorenzo from Southern American gangs, who claim to be fans of the the Doctor.

The end of the 2015 season was of course marred with threats of violence in Valencia between sets of Rossi followers, causing Dorna and the Spanish police to ensure there was extra security at the Ricardo Tormo Circuit. Thankfully there were no incidents of fans clashing in the grandstands in Valencia.

Marca report that the Argentine authorities aren’t deploying any more security than they have for the past two seasons, although they have reassured the riders and Dorna that if there is the slightest suggestion of a problem, they will act according.

Despite these reassurances from the local authorities, Lorenzo has revealed he will not leave his hotel for anything other than to go to the circuit and to head to the airport. The Spaniard is staying at the circuit hotel and doesn’t plan on venturing into the town of Termas de Rio Honda which is about 10km from the circuit itself.

This comes on the back of the news that sections of the Italian Marquez fan club saying they will have to skip the race in Mugello due to safety concerns. Despite calls for fans to remain respectful, the intense rivalry shows no sign of abating any time soon.