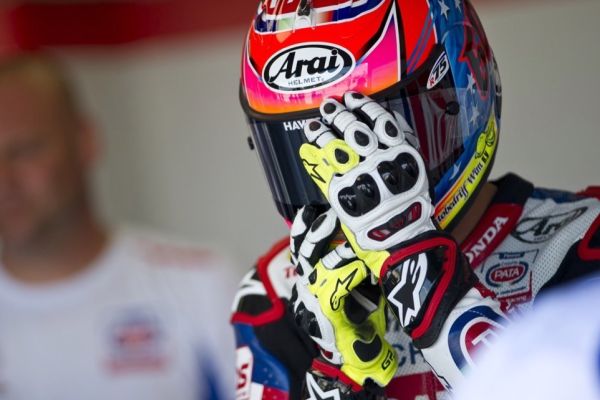 The Dutchman is currently sat third in the World Superbike standings after the opening two rounds of the season, after claiming three podiums in the opening four races. Van der Mark has further enhanced his reputation, impressing on the underpowered Honda Fireblade CBR1000RR.

The 2014 World Supersport champion’s talents are well know, with him being linked with the MotoGP paddock since winning the 2013 and 2014 Suzuka Eight hours.

Van der Mark is held in such high regard by HRC executives, that he was lined up to replace the injured Karel Abraham in the Cardion AB team during last seasons Dutch MotoGP, only for van der Mark to reveal that in spite of his availability and HRC and Ten Kate’s blessings, he couldn’t thrash out a deal to make his MotoGP debut in front of his home crowd.

No #DutchGP for me this weekend. Its a team decision. I was available And Honda HRC And ten Kate Racing agree for this opportunity.

Despite that missed opportunity, Ten Kate does believe that the 23-year-old will get his chance in MotoGP, although at the moment, that is not his concern.

“I’m not in a situation to give him a chance, but I believe that he will get a chance to go to MotoGP,” the Dutchman told German website speedweek.com.

“He has good contacts, his manager Laurens Kleinkoerkamp knows people around the world. I don’t manage his career. I’m just trying to give him the best possible motorcycle, so that he can be as fast as possible.

“I’m fully aware that World Superbikes is not the only paddock.”

Van der Mark has been with the Ten Kate since 2011, but in spite of a six-year tie, should van der Mark move onto pastures new in MotoGP, Ten Kate would feel proud of how they brought van der Mark, rather than offended with him leaving.

“It would not consider him being stolen from us. It would be rather a praise for our work. Of course, I would like to see him on a Honda,” he said.

“With how Michael’s developing everything suggests that he’s on his path to MotoGP.”