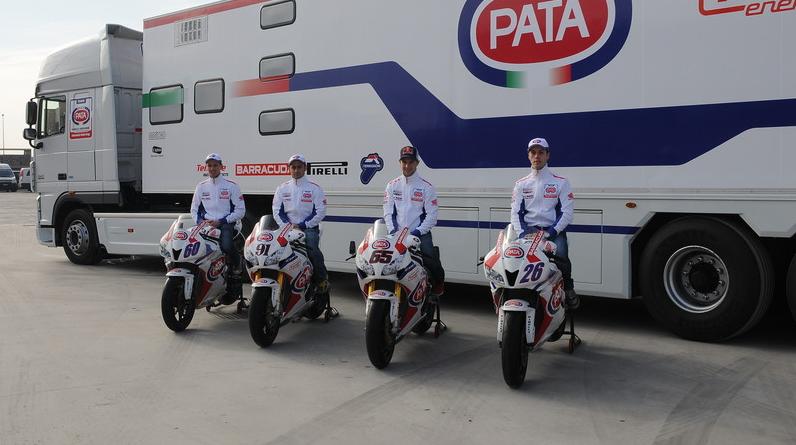 The brand new Pata Ten Kate Honda team was officially unveiled during today’s Motorcycle show in Verona, Italy.Both the superbike and supersport riders were revealed as the team prepares for ambitions to claim both the World Superbike and World Supersport championships.

The team run by Ronald ten Kate, and now has an all Italian sponsorship list including, Pata, Tonello Energie and Barracuda.

The superbike riders were joined by their two World Supersport counterparts, Dutchman Michael van der Mark and Lorenzo Zanetti from Italy, who will compete on the highly successful Honda CBR600RR.

“This is a really exciting moment,” said Rea after the unveiling of the team and its new racing livery.

“I think the bikes and the leathers look great and we know that there are some exciting developments for the CBR for this season, so I can’t wait for it to start.”

Team mate Haslam said “It’s great for me to be back with Honda for 2013 and I’m really happy with the whole look of the Pata Honda team. We’ve got a two day test in Jerez next week before all the kit has to be packed up for Australia. The first round can’t come soon enough for me!”