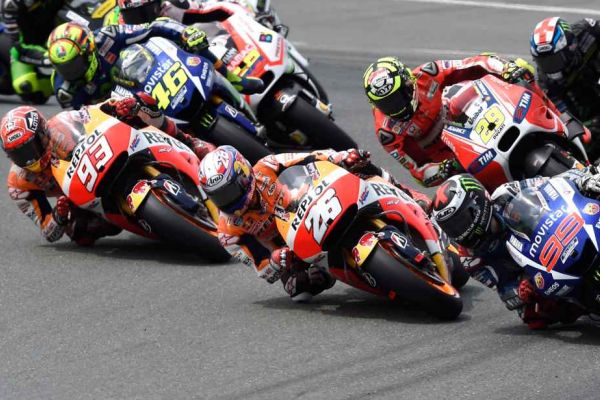 Today in Misano, Dorna released a provisional 2016 MotoGP calendar, with the biggest change set to be the introduction of Austria’s Red Bull Ring at the expense of Indianapolis.

The Red Bull Ring’s inclusion was widely known, but it wasn’t known what event would make way, it’s now clear it will be the second American event. The Indianapolis Grand Prix was always going to be in a precarious position, with small crowds and a potential of no American riders in the Grand Prix paddock.

The Red Bull Ring will be the only new circuit on the calendar next season, but there have also been a couple of date changes too. Silverstone will move back ahead of the summer break, taking over from the Sachsenring as the final round before the summer break, with a late July date. Sepang on the 9th of October has also been moved forward in a bid to avoid thundery afternoons. We also see Argentina and Austin swap places for the second and third races respectively. 2016 will also see the first Sunday Dutch TT, with the announcement from earlier in the year the Assen race will be on a Sunday next year.

Jerez and Brno are still both subject to contract, with the Czech round appearing much more likely to be cut, if one of the two contracts don’t get sorted.

We will have to wait until 2017 if we are expecting a major shakeup to the calendar, with both Thailiand and Indonesia both lobbying for a race, as well as over half of the circuits contracts up for renewal after 2017.