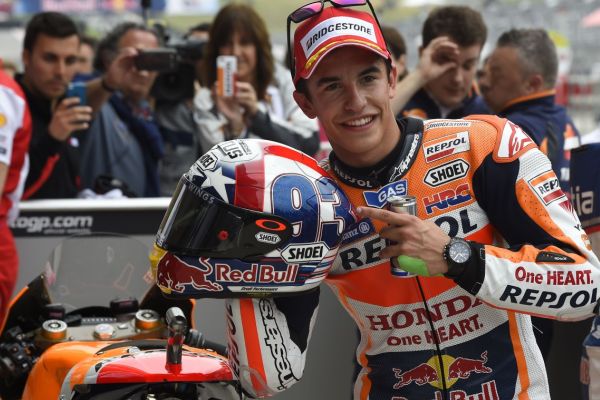 Reigning World Champion Marc Marquez has claimed his first win of 2015, after winning his third Grand Prix of Texas in as many years, ahead of Andrea Dovizoso and Valentino Rossi.

Marquez, who took pole in such spectacular fashion on Saturday afternoon, was beaten to the whole-shot by Andrea Dovizioso, but it only took four laps of the Spaniard to get himself ahead of the Ducati heading down into turn 10. From that point on, Marquez was untouchable, riding off under the Texas sun.

Behind the World Champion a battled ensued for the final two spots on the podium. With Andrea Dovizioso and Valentino Rossi battling for the entirety of the race, with the Ducati man claiming his second, second place finish in as many rounds of 2014.

Jorge Lorenzo battled his illnesses and claimed his second fourth place finish in as many rounds, after leaving his surge for the podium a little too late.

Andrea Iannone finished fifth, fading in the closing laps, after taking too much out of his tyres trying to recover from a less than perfect start.

Bradley Smith and Cal Crutchlow finished sixth and seventh respectively. Smith got off to a superb start, and run with the factory Yamaha’s before his medium tyre saw him drop behind the factory riders.