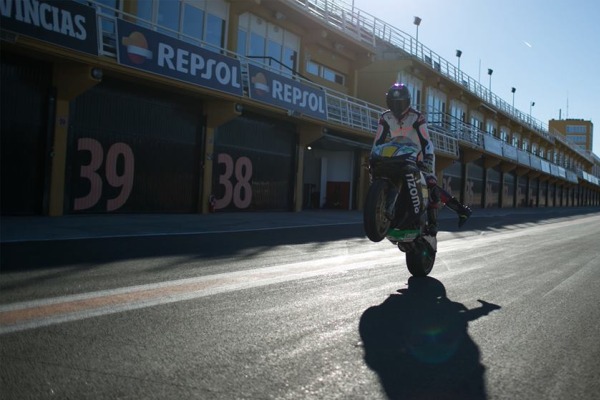 500cc legends Mick Doohan and Kevin Schwantz both said that the Australian rookie, who is making the leap directly from Moto3 to MotoGP should’ve been given a seat in the Factory Repsol Honda squad rather than placed alongside Cal Crutchlow in the LCR Honda squad on a RCV1000R production bike.

Nakamoto, who had the ultimate say, and pushed hard to get Jack Miller directly into MotoGP, getting the Australian to commit to a three year contract with the Japanese factory, said that the idea of sticking him alongside the reigning double World Champion Marc Marquez was “a stupid idea”.

“This was impossible. If I was thinking about a second rider for the Repsol Honda team I wouldn’t choose Jack. This would have been a stupid idea,” Nakamoto told Motorcycle News.

Miller was signed to a three-year contract by HRC, and the common understanding that if the 2014 Moto3 runner up impresses in his first two seasons with the LCR Honda team, that when Marquez, and more importantly Pedrosa’s contracts are up, there is scope for the Australian to then make the move to the Repsol Honda squad, this is something that Nakamoto admitted was a possibility.

“There is some possibility that if he has shown enough he can move in 2017. It depends on performance,” he said.