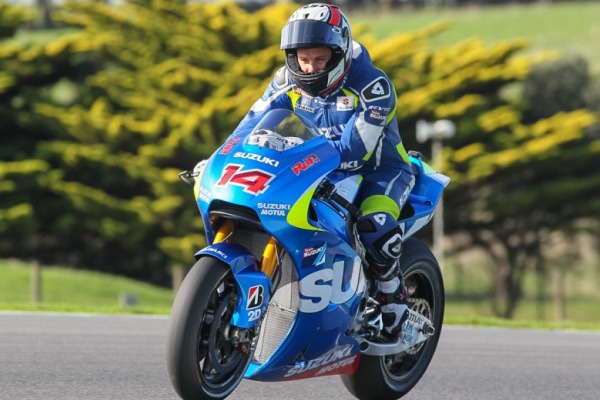 Suzuki test rider Randy De Puniet had his test at Mugello ended early after a crash, during the test, forced the Frenchman to hospital.

The Frenchman was taking part in a private Suzuki test, part of his duties as the team’s official test rider, when a crash forced De Puniet’s test to end early. De Puniet was subsequently transferred to hospital in Borgo San Lorenzo where he underwent extensice tests. He will remain there for another 48 hours before having any chance of being released according to GPone.com.

It just compounds the bad luck for Suzuki, after their second test rider, Nobuatsu Aoki, broke his hand in last months Suzuka 8-hour race, meaning he is also out of action for the test.

De Puniet was planned to feature in the season-finale in Valencia, on November 9th, as a wildcard to mark Suzuki’s return, however, this may now be in doubt with De Puniet’s injury. De Puniet has been linked to the second, now vacant Crescent Suzuki WSBK seat alongside the recently re-signed Alex Lowes.

The Suzuki MotoGP team’s return will be overseen by Davide Brivio, next season, and will run Moto2 sensation Maverick Viñales, and runaway leader of the “open class” Aleix Espargaro, with an official announcement expected to come in Suzuki’s home race of Motegi.