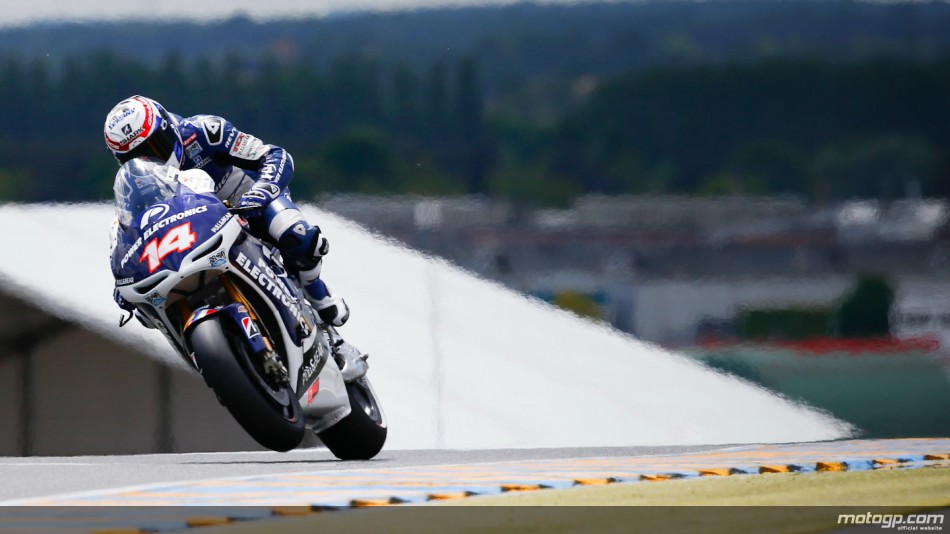 Randy De Puniet has been in Motegi testing the new Suzuki MotoGP machine, and early reports from Japan are calling the test a resounding success.

The Frenchman who was snapped on the new bike was testing at the Japanese circuit alongside the Honda and Yamaha test teams, and they were represented respectively by Takumi Takahashi and Kousuke Akiyoshi on one side and Katsuyuki Nakasuga and Wataru Yoshikawa on the other.

But RdP was faster than all of his Japanese competitors over the two day test that was run over Thursday and Friday, and recorded an unofficial lap time of a 1’47.000.

If De Puniet did indeed have a fastest lap of 1’47.000, it would have put him 13th position on last years grid, and around two seconds off the pace of the front runners as Lorenzo took the pole with a 1’44.969.

De Puniet will be back on the Suzuki in just under a months time when the bike is in Barcelona for the Montmelo post race test.