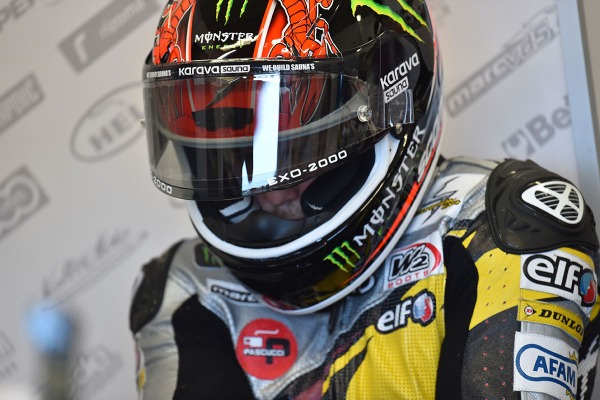 Moto2 title contender Mika Kallio will leave his current Marc VDS team at the end of 2014 and will join rival team Italtrans for next season.

The Finnish rider is currently second in the Moto2 title chase, 22 points behind team mate Tito Rabat. But has come off second best in each of the last two races, with his team mate leading a Marc VDS 1-2.

But with Tito Rabat signing a contract extension, and Moto3 sensation Alex Marquez drafted in for 2015, and any hope of a three man Moto2 squad out of the window with news of Marc VDS’ decision to run Scott Redding on a factory Honda next season, Kallio has been left out in the cold.

This has however opened the door for Italantrans to pounce. The Italian team were looking for a strong rider for 2015 after a disappointing season this year, and had hoped to lure one of this seasons Moto3 front runners. However with Rins and Marquez signed up by Pons and Marc VDS respectively, and Miller deciding to make the jump straight to MotoGP, options were short. There was some hope they would be able to persuade the unsettled Romano Fenati to make the move, but the 18-year-old expressed his desire to have at least one more season in Moto3.

This means that Kallio became option number one when it was clear his time with Marc VDS was up, and some Italian sources, including GPone, have even gone as far to say it was signed over the weekend in Misano.

Kallio will join young exciting Italian Franco Morbidelli in the team next season with Julian Simon the man to make way for the Finnish rider.

They will both be on Kalex chassis’ next season, as they hope the team can rediscover some of the pace they had in 2013 with Takaaki Nakagami claiming five podiums last season.