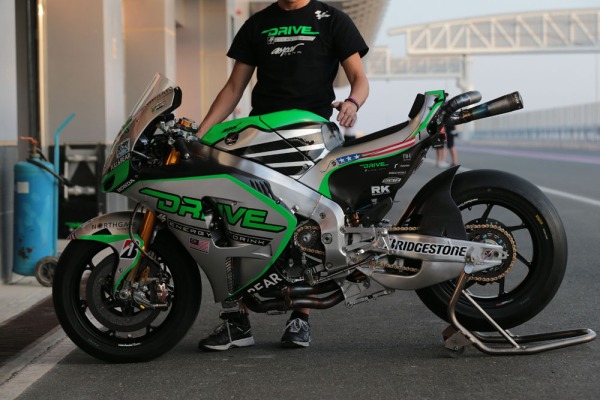 HRC have confirmed they will be keeping only four of their new production motorbikes on the grid for 2015.

The new RCV1000R was brought to the grid by HRC as a more affordable option than the full factory spec RC213V prototype for teams who were competing in the new Open category in MotoGP this season. Despite not having the best of starts, there has still be interest in more bikes from other teams.

LCR were said to be interested in buying a RCV1000R from HRC for 2015, with the intention of running a one and one team, much like the other satellite Gresini team do with Alvaro Bautista on the RC213V and Scott Redding on the RCV100R.

However, next season HRC are understood to be bringing serious development to the current bikes, including a pneumatic valve engine to help acceleration and top speed, which have been two of the biggest criticsms leveled at this, the first effort of the new bike.

HRC boss Livio Suppo spoke to MCN, and confirmed that there would still only be eight Honda bikes on the grid next season.

“There is some interest but we will not change the number of bikes on track,” he said. “There will be a maximum of eight bikes and that’s four official bikes and four production machines.

“I still believe in some tracks that the performance of this bike (RCV1000R) is more than enough to show the potential of a rider, but we will be upgrading the engine spec.”

Whether the four bikes remain in the same hands remains to be seen. This year Scott Redding, Nicky Hayden, Hiroshi Aoyama and Karel Abraham all have their hands on the bike. Gresini and Aspar have pubically stated their desire to keep the bikes for next season.

Despite the Aspar team, and riders being vocal in their disappointment at the speed of the new bike, Aspar team boss Gino Borsoi has said they are very happy with what they are being provided by Honda.

“We are happy with Honda. The bike is not really fast at the moment but Honda is Honda. When they decide to make a big step it is a really big step and we need to wait,” Borsoi told MCN. “Unfortunately it is not a good solution because we need to find solutions quickly to get a good result immediately.”

“But we believe in Honda and we know a future with them will be really nice. We are very happy with what they are planning and the crucial thing is the engine. At the moment we need more engine performance because the chassis is in a good way. When we get 30bhp more at least we can try and fight on the straight. Now we can fight in the corners but not on the straight.”

This leaves the only potential free bike for next season is the Cardion AB machine of Karel Abraham. With 2014 expected to be the last season Brno is on the calendar, Karel Sr. may decide that he wants to change direction with the Cardion AB team, and may decide to vacate the RCV1000R. If that is the case then the LCR team, should they want to, would be in pole position to secure the seat.