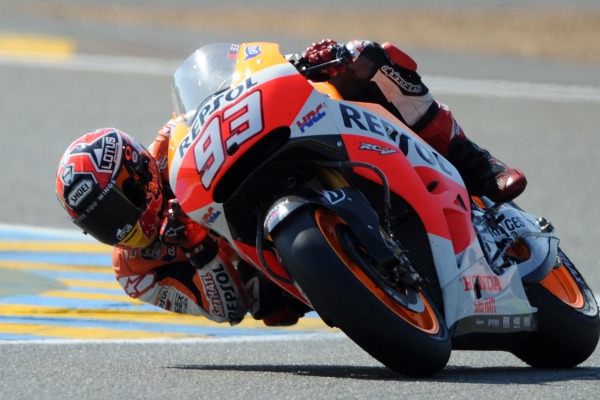 The 21 year old has been untouchable thus far in 2014, winning all six races, all from pole position, and he is now heading home in search of an unprecedented seventh victory.

The Repsol Honda rider currently leads the title charge by over two race wins already, 53 points ahead of his closest rival Valentino Rossi. If Marquez makes it seven from seven, he will take the record of youngest rider to win seven races in a row away from the Doctor.

Historically it hasn’t been Marquez’ best track, with his only victory at Montmelò coming back in 2010 on his way to the 125cc World Championship.

But fresh of his epic battle with Lorenzo at Mugello, Marquez is understandably confident and excited about the weekend ahead.

MotoGP champion Marc Marquez heads for his home event in Barcelona having won all six races this season from pole position.

“I really enjoyed the battle in Mugello with Jorge, it was so nice!” said the ‘Cervera Thunder’. “Now we head home to Montmelò which is a track that I haven’t enjoyed myself at so much in the past but the layout is good and with a year’s experience I hope the situation will be different this year! “The fans and of course my fan club all make the journey to come and support us and this gives me extra motivation, so I hope we can put on a good show for them all!”