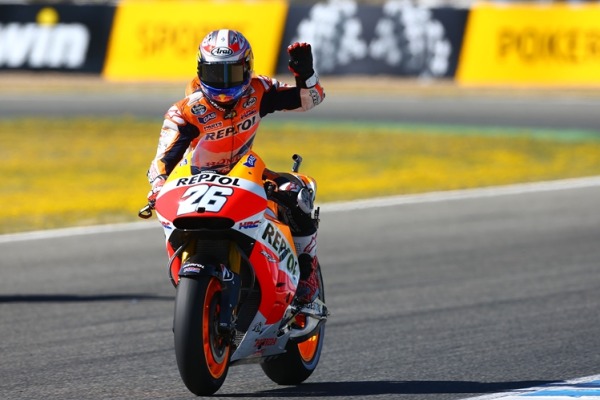 Dani Pedrosa has undergone surgery this morning to alleviate arm-pump issues, in a bid to get the issue resolved prior to the upcoming French Grand Prix.

Pedrosa complained about discomfort in his right forearm, and he was examined by Dr. Xavier Mir.

Dr. Mir decided it would be best to operate as soon as possible in an effort to minimise the damage to Pedrosa’s title challenge, and to give him maximum time to recover for the next Grand Prix at Le Mans.It was a simple procedure in which a two small incisions were made in the right forearm for access, freeing the flexor and prone-extensor muscles in the appendage via minimally invasive microsurgery.In a press release, a team spokesman said:

“Dani will remain in hospital for 24 hours, and will need to keep his arm immobile for some days. Following this, he will begin functional recovery. If his healing progress goes according to plan, Dani should be able to take part in the next race on the MotoGP calendar, held in ten days at Le Mans.”