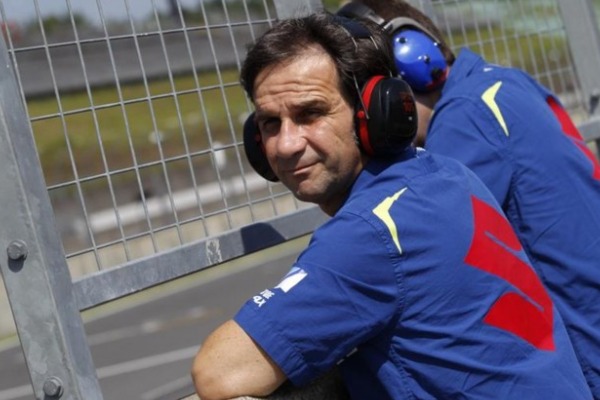 Suzuki boss Davide Brivio has revealed the returning Japanese brand would be interesting in Dani Pedrosa should the Spaniard become available next season.

Suzuki have been linked with a whole host of riders from Andrea Dovizioso to Valentino Rossi, and with all the factory riders potentially available at the end of this season – Crutchlow has a rumoured year one release clause if the Ducati fails to perform – we could be in store for a major shake up. HRC team boss Livio Suppo has said that HRC want to, and expect to keep Marquez, and with rumours of Lorenzo on the horizon, Dani Pedrosa’s seat could be in jeopardy.

Pedrosa has spent his entire Grand Prix career on a Honda, would the diminutive Spaniard be ready for a change of scenery if he doesn’t claim the 2014 World Championship?

“We still do not have any agreement with any rider and we don’t yet have a clear idea on who our future riders will be,” said Brivio. “Obviously we are talking, considering our various options, making contact with agents to see what the riders’ contract situations are and weighing up the interest in riding our bike.”

“Regarding Pedrosa we would have to find out if he is interested. We are currently not negotiating with anyone. Perhaps things will start to get moving in the coming weeks. It will be hard to get a top rider and we want the very strongest possible riders, but we will have to see who is up for the challenge and who wants to ride for us. It’s difficult to state names at this stage.”

He did say that the factory will consider current test rider Randy de Puniet who will have had 2 years experience on the new XRH-1.

“Randy de Puniet is one of the candidates. The fact that he will have been working with us for two years could be a plus. We have not guaranteed anything to Randy but he is on our list of candidates.”

Another rider who has been linked with the ride is former 250cc rider and current Suzuki WSBK rider Eugene Laverty. Laverty’s proposed tests in Japan and Australia hasn’t been confirmed by Suzuki yet, although there were rumours that his contract with the WSBK team had a MotoGP option in it.