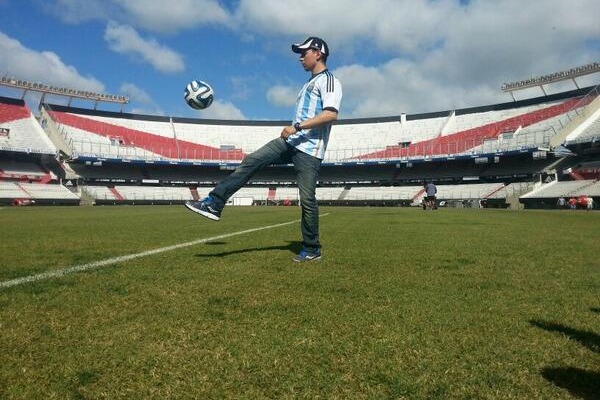 Jorge Lorenzo is confident he can turn around his 2014 season, despite finding himself 44 points behind defending champion Marc Marquez just two races into the season.

Lorenzo crashed out on the opening lap in spectacular fashion at the season opener in Qatar, whilst his race was over even sooner at round two in Texas when the Mallorcan jumped the start, forcing him to take a rider through penalty. He did recover to claim six points in Texas, but after two rounds he finds himself in 16th position in the standings.

Lorenzo is however confident that this weekend’s Argentine Grand Prix will be the start of his 2014 season.

“Obviously it’s not the beginning of the season I had dreamed of,” said Lorenzo in Argentina, whilst taking part in a press event at the Estadio Monumental Antonio Vespucio Liberti.

“But I’m quite confident that we can revert the situation. It’s not easy to swallow what happened at Austin but I always try to get the positive thing even if we are in trouble.”

Despite his bad start, the two time MotoGP World Champion isn’t going to dwell on his start, he is instead just focused on what lies ahead this weekend.

“I’m just thinking about Argentina and I’m really looking forward to racing as soon as possible there.

“Staying on track is the best way to forget and I think our championship is going to kick off over there. I think I’m going to be much more stimulated in front of the Argentinian fans and finally we will achieve a normal race.”

Lorenzo is confident that he can perform this weekend, with it being a level playing field for all the riders with only Crtuchlow, Bautista and Bradl having visited the track before.

“That track is a new one in the championship and the first ever visit to Termas de Rio Hondo. That’s why we need to improve in a rush from Friday and try to stay calm and concentrate to get the best pace as soon as possible with the bike. Just a few riders could test in Argentina last year so I guess the inconvenience of learning the circuit is almost the same for everyone.”

“Hopefully we will enjoy that track and we will get a good result before we start racing in Europe. From my side I will arrive with plenty of energy after resting and training hard in Mexico!”