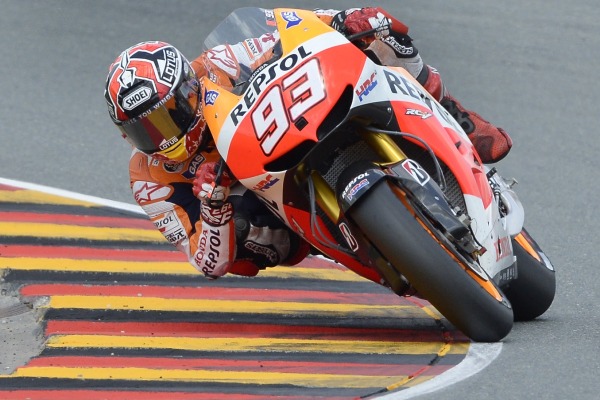 Doohan is no stranger to wins or MotoGP titles himself, as the Aussie won five consecutive 500cc titles between 1994 and 1998 in an 11 year career that included 54 wins. But he thinks not only his records are in danger of the Spaniard, but the all time record of Ago could also go the way of Marquez.

“Marquez can reach eight consecutive titles and perhaps even break the absolute record of victories,” said Doohan in an interview with La Gazetta dello Sport.

“He has at least 10 years ahead of him in which he can dominate. Valentino and I have won five consecutive titles in the premier class and Agostini seven. Marquez can reach eight, and perhaps beat the absolute record.”

“He started very early, he’s won in the youth ranks and has won the MotoGP title in his first year. He’s not starting from scratch though. He’s inherited the bike and mechanics from Stoner, like Valentino after my retirement, but he has taken advantage of the chance on the Honda.”

Doohan wouldn’t call the fact Marquez has inherited race winning equipment, instead the Aussie said the Marquez  deserves it.

“He deserves it, because you have to know how to use the throttle,” said Doohan.

Doohan also believes that Marquez hasn’t yet peaked, which he thinks is a scary prospect for the rest of his rivals in MotoGP.

“He’s still very young and over the years he will be stronger. He is still learning, which something that should be scary to his opponents.”