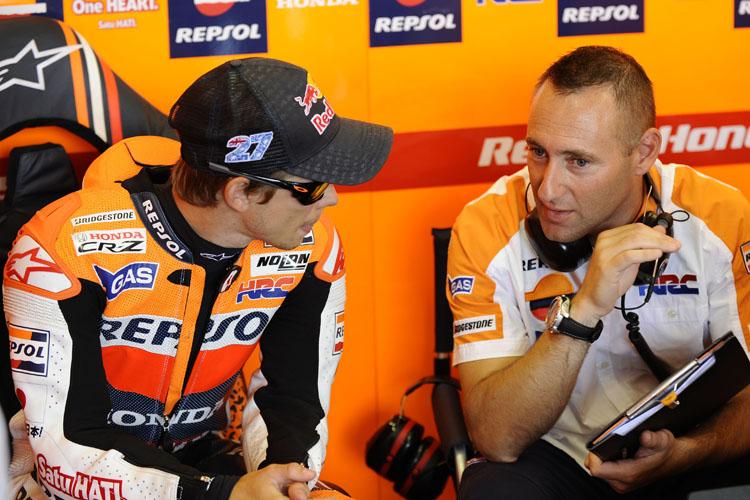 Gabbarini will now act as a technical supervisor for HRC and Repsol Honda.

The man who worked closely with Casey Stoner, was out of a job at the end of the season due to Stoner’s retirement  His replacement Marc Marquez had decided to bring his Moto2 crew chief, Santi Hernandez, into the Repsol Honda garage with him.

The Italian worked with Casey Stoner from when he joined Ducati back in 2007, and moved to Honda along with Stoner for the 2011 season.

One of the key responsibilities for Gabbarini will be to relate information regarding the RC213V from the Repsol Honda squad, back to Japan and HRC engineers.

In an interview with MotorCycleNews Gabbarini elaborated a little more on his new role. “My position in the team is different compared to last season. Now I am like a technical supervisor, so when something new is tested in Japan they let me know the results.”

“This is not an easy job and quite scary, also because it is the first time that the Japanese have allowed a European to do a job like this,” added Gabbarini.

The Italian will work with Marc Marquez closely in 2013, and will try to relate, and help the young Spaniard in his debut season in MotoGP.