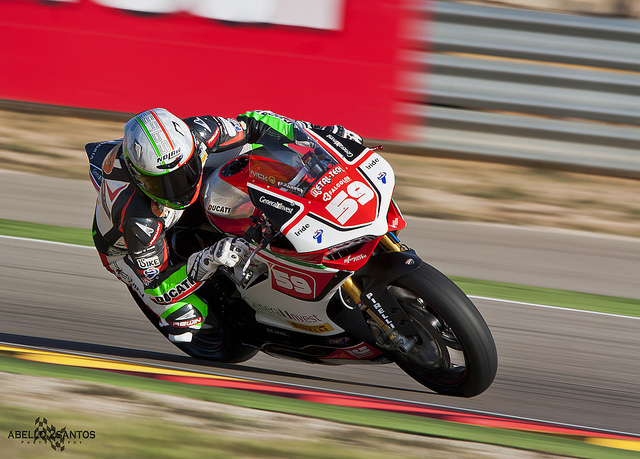 Italian rider Niccolo Canepa has denied rumours that he has signed a deal to ride for the Ioda team in MotoGP next season.

Canepa, who rode for the Pramac Ducati squad back in 2009, was submitted as part of the Iodaracing squad, in the provisional 2014 MotoGP entry list.

He was listed to replace Czech rider Lukas Pesek alongside Danilo Petrucci, who has signed up for a third season aboard the Ioda bike.

However, this years Superstock runner up took to twitter to deny the rumours that he had indeed signed a contract to join Petrucci in the Italian run squad. Canepa tweeted saying:

Non sarò in MotoGP il prossimo anno!!!! avevo un'offerta importante ma la ho rifiutata…il mio cuore è da un'altra parte!! Stay tuned!!!
“I will not be in MotoGP next year!! I had an important offer but I refused … my heart is somewhere else! Stay tuned.”

After this stunt, and with the Ioda team still not sure what machinery they will be using next year, question marks will start to be raised over the Ioda team, and how seriously they can be taken ahead of a lack of significant improvements over the past two seasons.