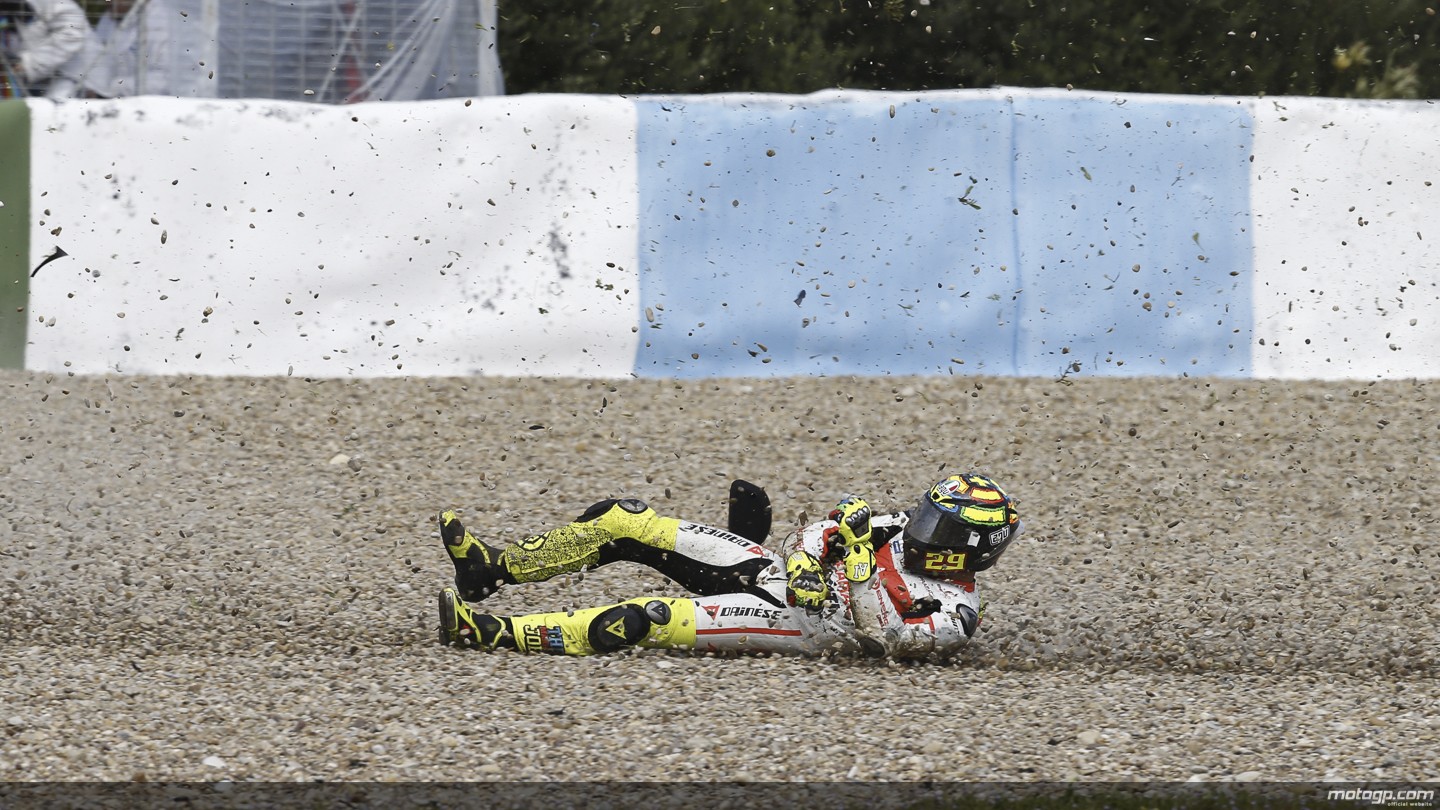 The Italian who dislocated his right shoulder during a big crash in Saturday’s morning warm up has said the pain is too much for him to return this weekend.

Iannone used the Grand Prix at COTA earlier in the season as a chance to get some track time at Laguna Seca, but he will have to wait another year to get his first taste of it on a MotoGP bike.

This currently leaves stand in rider Alex De Angelis as the only Pramac rider as Iannone joins Spies’ on the sidelines as the Texan continues to recover from shoulder surgery of his own, and Michelle Pirro on testing duty.

Both Iannone and Spies are hoping to feature when the MotoGP paddock returns from it’s summer break in Indianapolis on August 16-18.