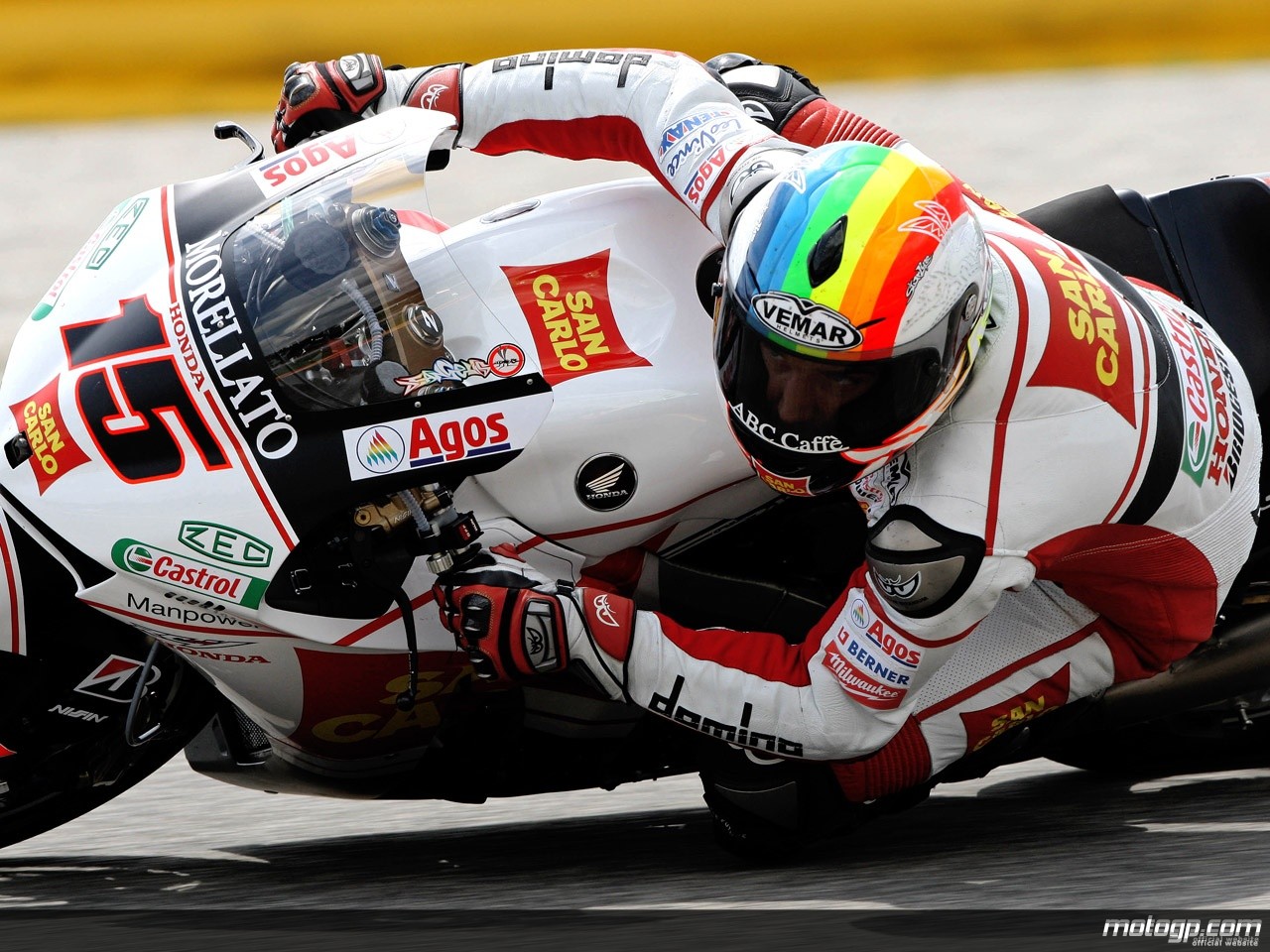 Moto2 rider Alex de Angelis will stand in for Ben Spies during the US round of the MotoGP at Laguna Seca at the end of this month.

Spies is still in rehabilition from the shoulder injury he sustained last October, and has been replaced by Ducati test rider Michele Pirro in recent rounds.

However during the weekend of the US Grand Prix at Laguna Seca, Pirro will testing for Ducati in a private test in Misano, thus not making him available to stand in for the Texan.
Under current rules Ducati would have to find somebody to stand in, and rider the Ignite Pramac Ducati, and de Angelis is the chosen man.
The former GP man is free for from his Forward Racing Moto2 team, as only the MotoGP class go to Laguna Seca.
de Angelis is a former MotoGP podium man, and will know the circuit from his days in MotoGP in 2008 and 2009 aboard the Gresini Honda, hence why the Pramac team have chosen the Sammarinese rider.
de Angelis is currently eleventh in the Moto2 world championship, and has a US MotoGP podium to his name, after finishing second in 2009 at Indianapolis.
Spies, who has only raced twice this season, is expected to return at the Indianapolis Grand Prix – after the summer break – on August 18.