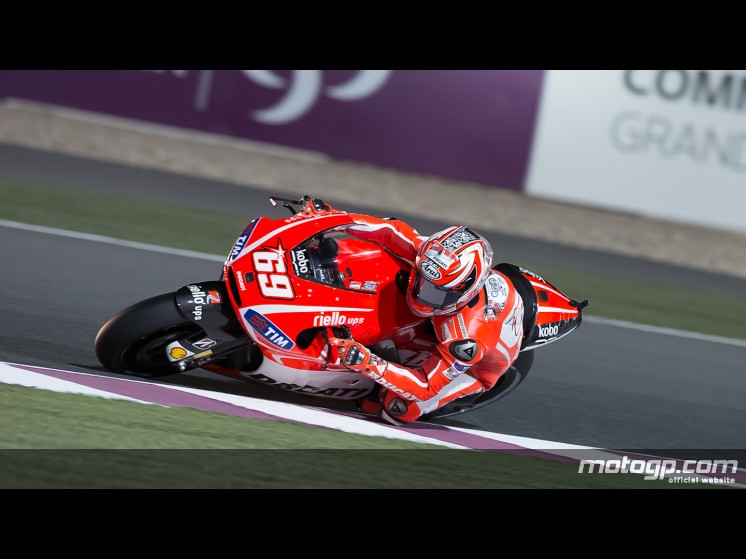 Nicky Hayden’s spell as a factory MotoGP rider looks set to come to a close at the end of 2013.

The 2006 world champion has been at Ducati as a factory rider for five years, but the Bologna brand have decided to go down a new path, and not renew Hayden’s contract for next year.

What must come as a crippling blow for the Kentucky Kid on the eve of his one of his home Grand Prix, the popular American still harbours hope of retaining a MotoGP ride.

“I would love to stay in MotoGP on the right bike and the right team but at the moment it doesn’t look so good,” confessed Hayden at the Sachsenring. He also confirmed that he had been in contact with some WSBK teams, but hadn’t spoken to Ducati about it.

Ducati MotoGP team boss Paolo Ciabatti told Matthew Birt of MCN in the Sachsenring: “Now we need to wait and see. We are fully committed to Nicky and Andrea (Dovizioso) until the end of the season but we see for Nicky a different position within the Ducati rider line-up. We have started this conversation here and we will see. It is a complicated time in the year but we try and be very honest with the riders and tell them what we think is the possibility for next year so they know.”

With this news it now seems a forgone conclusion that Briton Cal Crutchlow will end up on the second seat at Ducati alongside his team mate from last year Andrea Dovizioso.

However despite the mutual admiration between Crutchlow and Ducati, nothing has been confirmed, and there had been one school of thought that Ducati could promote from within and give either Spies or Iannone the ride.

Despite these rumours, Ducati look reluctant to promote Iannone causing an all Italian factory squad, and with Spies still recovering from a shoulder injury sustained 10 months ago in Malaysia would be nothing short of a huge risk.

With Hayden’s short term future now clear, and a seat definitely open, there may be some news in Laguna as to who will be riding in red next season.