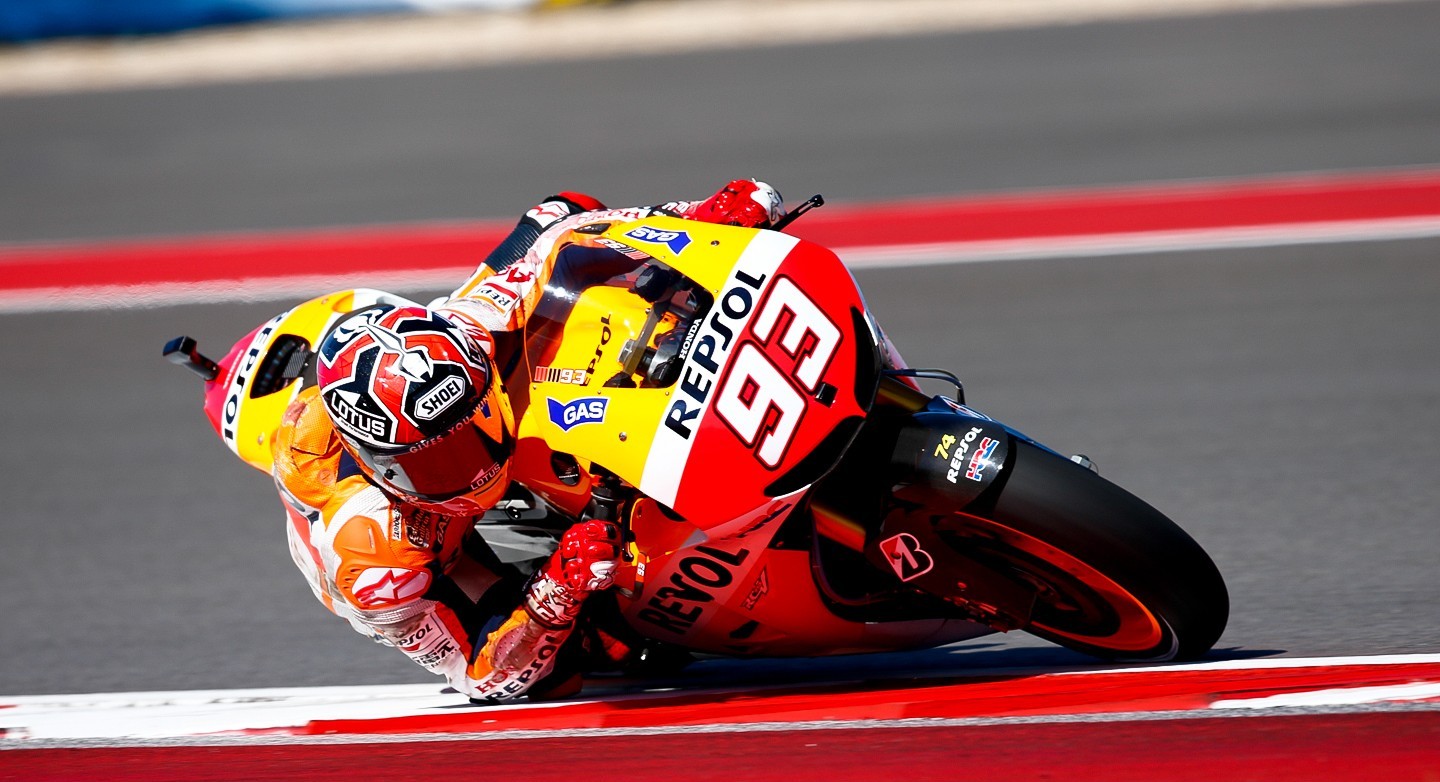 MotoGP starlet, and rookie extraordinaire Marc Marquez has spoken exclusively with GPxtra about his debut season in MotoGP.

The 20-year old two time World Champion joined the factory Repsol Honda team at the end of 2012, and has since gone from strength to strength, breaking almost every record in the book, including Freddie Spencer’s 31 year record for youngest ever winner in the premier class, when he won his second ever MotoGP race in Texas.

The brightest star in the GP paddock is the latest addition to the MotoGP “aliens”, and is proving a more than capable replacement for Casey Stoner.

Marc took some time out of his exceedingly busy schedule to speak to GPxtra ahead of the Dutch TT in Assen, and we asked him about everything from how he feels about the start to his MotoGP carrer, to that weekend in Austin none of us will ever forget.

GPxtra – You’ve taken MotoGP by storm, with imaginative overtakes and fantastic racing, how have you found the step up to MotoGP?

Marc Marquez: I’m working really hard and I have to continue doing so with my team and everyone at HRC. I’ve learned a lot and I’m still learning as many things as possible. I hope I can continue in the same way, maintain good results until the end of the season and keep learning.

– We are into the real serious part of the season now, are you starting to feel it physically?

Not really, I’m feeling quite good. In pre-season I worked very hard to improve my physical condition, as I knew that was very important for riding the MotoGP bike. I think I did well, as this bike is very powerful and you have to be very strong to ride it.

– Before your first MotoGP test, did you think you would do as well as you have done, or have your performances even exceeded your own expectations?

Not really. I haven’t expected this at all, it’s a nice surprise for me, but this is very positive.

– At races now, you now see as many 93’s as you do 26’s or 99’s. And it has been said that you could take over from Rossi in terms of sponsorship and popularity when he retires, how does this make you feel?

It’s an honour for me to be compared with Rossi but at the same time it demands respect and I’m very grateful.

– Did you feel coming into MotoGP as a double world champion has helped you, or do you feel under more pressure because of it?

No, I think this is the normal situation, when you’re strong in a category and you move to the next one, when you’re ready, you do it. It’s not more pressure for me. I try to do my best every time I’m on the bike and learn as much as possible in my first year to gain experience.

– You’ve also replaced a double World Champion in Casey Stoner, did this increase the pressure?

It’s true that Casey was one of the best riders but more than feel pressure, it helps me, as the team was more or less the team of Casey, so they are very prepared with so much experience.

– Did Casey say anything to you when it was announced you were to be replacing him? And have you spoken to him this season?

No, I don’t know Casey very well. I saw a nice message on Twitter from him but I didn’t speak to him myself.

– You have your family at every race, and with your brother now in Moto3 it’s even more of a family affair, how important to you is it having them around?

Yes, since I was little my family has been by my side, they are a very important part for me and they have always have supported me. They also come to races to see me, but now I am a professional rider and they know that it’s a job, so they respect this a lot.

– How has your life changed now you’re a MotoGP rider? Have you found it harder to do simple things like walk down the street or go to the shop?

Well, I am still the same, but it’s true that I’m not able to live the same life that I used to last year. Most people recognise me and it’s difficult to go out or to a restaurant without having eyes on me or to do other “normal” things.

– Austin was obviously a fantastic moment for you, can you put into words just what it meant, and how it felt to do what you did?

I have no words to describe it, except it was amazing! Obviously, the first victory in MotoGP is an incredible feeling. In Austin I was really happy, but it was when I arrived home that I really understood what I had achieved.

– Did you go there feeling confident you could win the race after your testing performances?

The test obviously helped me a lot and I arrived there knowing the correct setting of the bike and I was also familiar with the track. This is the main difference with other circuits, that is my first year in Moto GP and everything is new for me. When I arrive at a circuit, I have to lean the lines, the correct set up, etc. and there, this entire job was done.

– What have you found to be the biggest strength of you RC213V, and how does it differ to how you thought it might before your first test?

I have nothing to compare it to as this is my first season. However, the bike is really strong and I’m getting to know it better and better each time I ride it.

– Obviously you recently tested the new bike, but preferred your 2013 bike, what was it you didn’t like about the 2014 bike?

This was just an initial test to give some feedback to the HRC engineers so there isn’t so much to discuss. There were some positive and negative points but we will have to wait until the next step to understand the bike in more detail. Anyway, I am comfortable on my current bike and learning the RC213V.

– Just how big is the difference between the fast flowing tracks, and the stop go tracks? Do the tracks really favour either yourselves or the Yamaha?

It depends on many factors. Sometimes you think that it’s a Honda circuit and then perhaps weather conditions change and it may suit our competitors more.

– Do you think you can win more races this season, or will the knowledge that Lorenzo, Pedrosa and Rossi have eventually tell?

These riders are very strong with so much experience and they are so consistent; they know all the circuits perfectly with their bike, and they make practically no errors. So we will see, but it will be really difficult.

– Where are you seriously looking to finish this season? And do you think you can still challenge for the world title?

This season I am focusing on learning, to gain experience and try to do my best. As always, I will give my 100% in every race. Once the season is finished, my goal is that HRC and Repsol – who have shown great confidence with me and given me this incredible opportunity – feel that I took advantage of everything and that they feel satisfied and happy with my progress.