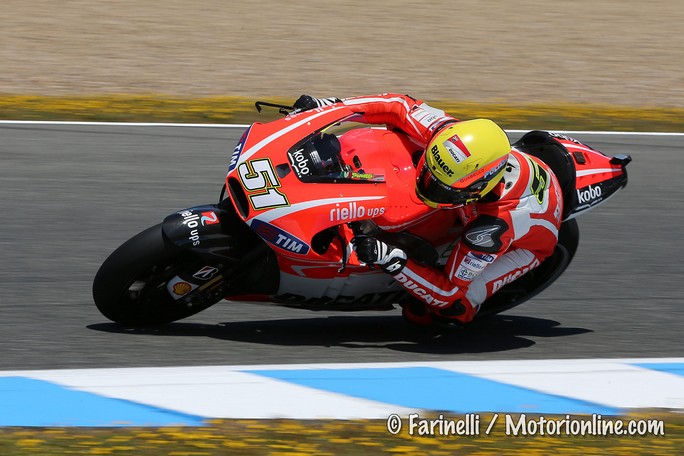 Ducati test rider Michele Pirro will replace Ben Spies at the French MotoGP at Le Mans, in a just under a fortnight’s time as the Texan continues to recover from his shoulder injury.

The Italian who wild-carded at the Jerez GP this past weekend will this time be aboard Spies’ Ignite Pramac Ducati rather than his lab ‘factory’ bike he rode in Jerez.

Pirro who tested a next generation Ducati in Jerez, will also be joined by Spies’ crew chief Tom Hounseworth and the rest of his crew in Le Mans – none of whom where present in Jerez.

It has been confirmed that Pirro will officially be standing in for Spies, on the Texan’s bike, using one of his engines too which was one of the confusing issues prior to Jerez when news of Spies’ absence first broke on twitter.

Spies is still recovering from an injury sustained during the 2012 Malaysian Grand Prix to his right shoulder, and has been advised to take further rest by doctors.