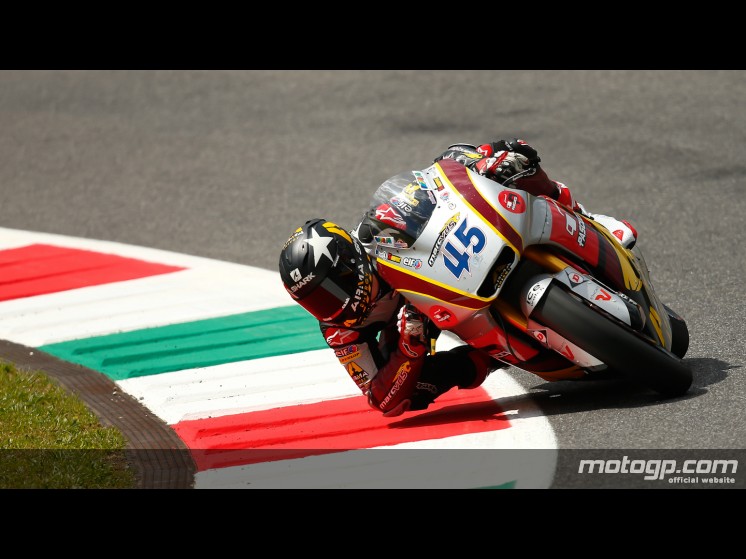 Could Moto2 championship leader Scott Redding make a decision on his future this weekend in Assen?

Redding’s future has been the subject of immense speculation with Honda, Ducati and Yamaha all wanting to be a part of the young Brit’s future, but where will he end up?

The Brit currently leads the Moto2 World Championship by an impressive 37 points, and has no shortage of offers for next season.

With Suzuki confirming they won’t be back until 2015 there is space on the grid should Marc VDS decide to move into MotoGP with Redding.

“We received the offer from Yamaha in a meeting in Barcelona, ​​with the offers from Honda and Ducati, we expect every hour.”

If Redding and Marc VDS decide to go to MotoGP together than the most likely scenario would be aboard a Kalex chassis, with a Yamaha M1 engine inside. However there have also been suggestions that Marc VDS may consider a Honda RC Production Racer, with Honda very keen to get the Brit on board.

Yamaha are still keen on recruiting Pol Espargaro, so the long term options within Yamaha may be limited for Redding who may seek alternatives with a different brand.

With the Honda Production Racer, Marc VDS would be buying a whole new bike, a RC213V minus the seamless shift and pneumatic valves, but undoubtably a competitive bike none the less. Redding may be tempted into a ride on the Honda with a chance of a satellite prototype ride in the Gresini squad in 2015 should Redding continue to impress when he does eventually make the step up.

If Redding does get a Production Racer it isn’t clear whether Marc VDS would buy one for him, or if he would take the second seat at Gresini with Staring and the FTR Fireblade expected to make way at the end of the season.

However there is a third brand who also want Redding, and may be able to offer Redding the most appealing package.

“I know that Ducati has a crush on Scott, he has already been allowed to test the Ducati at Mugello last July,” said Bartholemy.

The Ducati link is a tough one for Redding. Ducati may be willing to offer Redding a ride on a full prototype Desmosedici as part of the Pramac team next season, or even with Marc VDS who may take over from Pramac running the satellite Ducati team. But the dilema Redding faces is over the competitiveness of the Ducati.

“At Yamaha, we already know about it. Also the two other offers from us should be on the table this weekend,” says Bartholemy. “Then we can think about a decision, but first we need all the facts.”

Whilst we won’t find out this weekend where Redding’s future lies, the young Brit may well know himself by the time he leaves Assen.