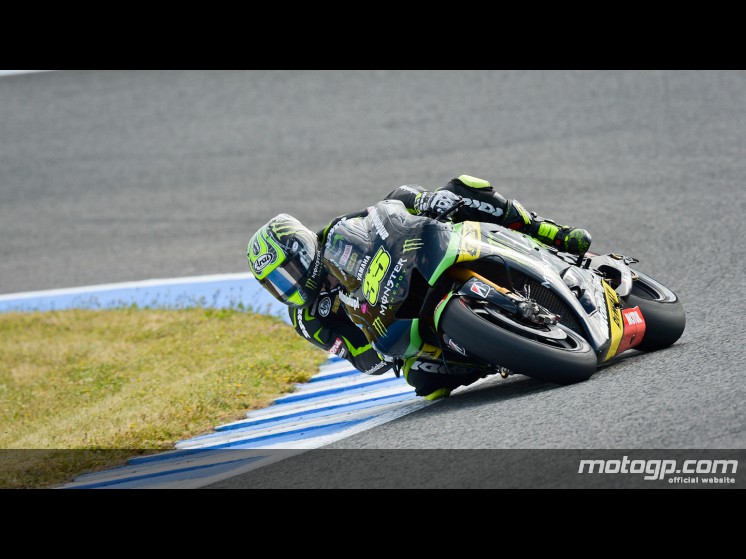 Cal Crutchlow is looking forward to being part of the battle, and wants to help put on a show this weekend in Barcelona.

The Briton who is seemingly improving with every race, currently sits fourth in the world championship, and has already doubled his MotoGP podium count in 2013 with two rostrums this season already.

Crutchlow was third fastest in this mornings practice, and fifth in the afternoon, but knows nothing can be won on the Friday.

“I am really happy with today’s practice because we experimented a lot with the bike and found some very positive things that will help me for the rest of the weekend,” said Crutchlow after the two practice sessions.

Crutchlow was concentrating on race set up, and not worried about posting a fast lap, and worked on tyre strategy for Sunday afternoon.

“This afternoon when the temperature really became hot I didn’t use a soft tyre and we can see from the timesheets how much of an advantage that was. I am sure if I had used the soft tyre I’d have been inside the top three but I preferred to do a long run with the hard tyre and it was positive.”

Despite the good first day, the Brit knows there is still scope for improvement.

“I need to improve a bit in the first sector but we have some changes planned for tomorrow that should help make me stronger and overall today I am really happy. I am convinced it is going to be a big fight on Sunday with the Spanish boys obviously wanting to put on a show here but I am looking forward to being part of the battle.”