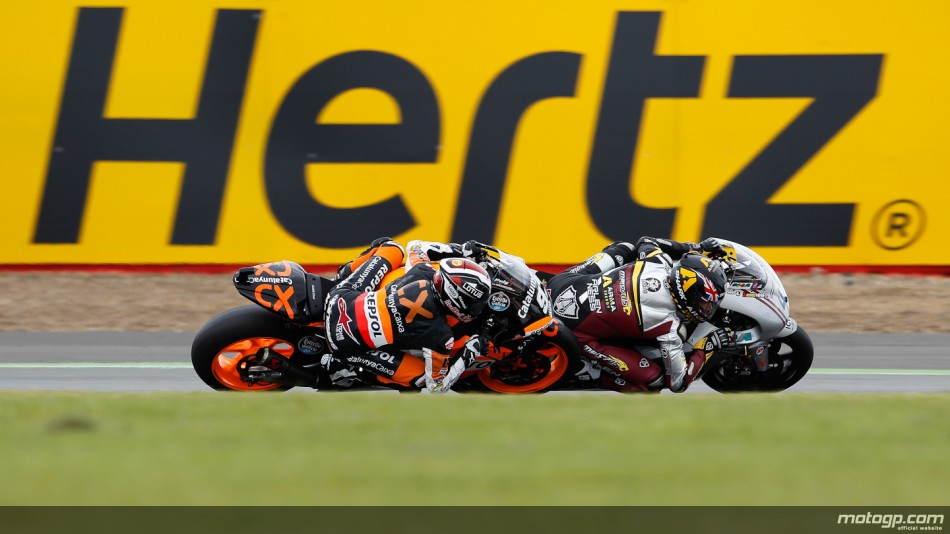 Reining Moto2 World Champion Marc Marquez has been complementary of current Moto2 championship leader Scott Redding, but understands the pressure Espargaro is under.

The twenty year old who is setting the world alight in MotoGP still watches all of the Moto2 races, and has heaped the praise on former rival, and the current leader of the standings.

“Everyone knew from last year that Scott is very fast. But he didn’t have the necessary consistency,” said Marquez about the man who may end up taking his Moto2 crown.

“This year he has achieved the consistency. He has found a good compromise between good pace and consistency. That’s it, it’s what he kinda missed last year.”

“For Pol, it will be difficult, because Scott is fast. In addition so many other riders are fast!” said Marquez.

Marquez went into 2012 under similar pressure to what Espargaro did this, and understands it’s hard for the man who finished runner up to him in 2012.

“To deal with this pressure is difficult for Pol,” noted Marquez.

“I had this pressure in the last season. It was very difficult, because when you made mistakes, or were a bit back off the top, everyone  begun to ask questions. This pressure is normal when you’ve finished second in the World Championship.”

Whether Espargaro can use the pressure like Marquez did in 2012 remains to be seen, however he would have to overhaul a 47 point gap to Redding.