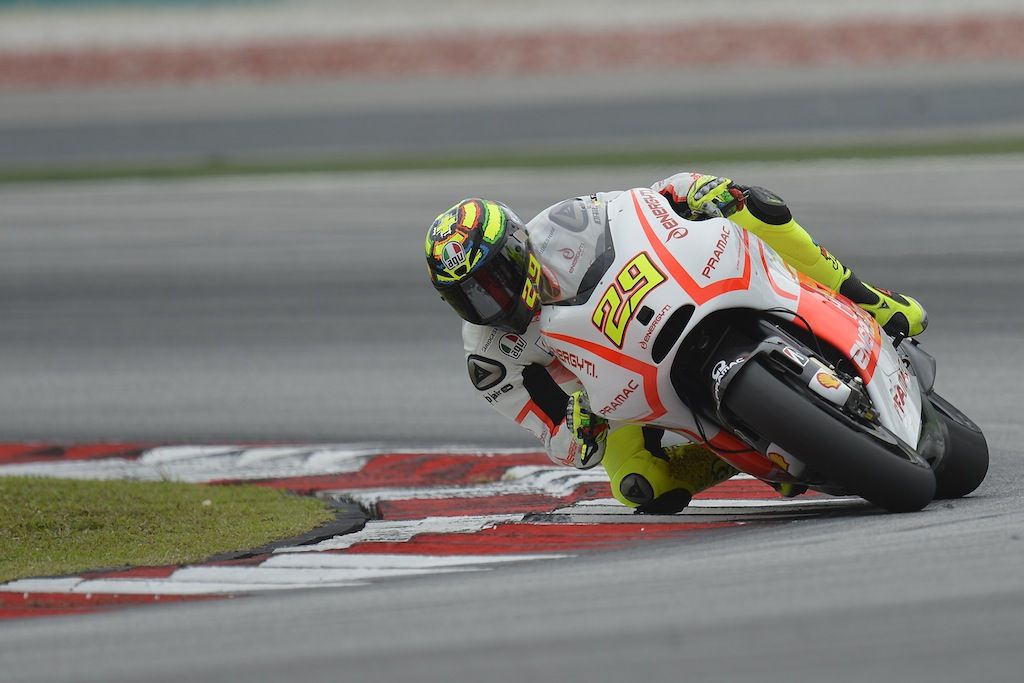 Andrea Iannone only managed to complete four laps yesterday as he got his first taste of the legendary Laguna Seca circuit, because he didn’t “respect the black flag”.

The Energy T.I Pramac rider is currently spending two day at the Mazda Speedway at Laguna Seca, with a specially prepared Ducati 1199 Panigale, before this weekend’s Austin GP, as he attempts to learn the track before his debut MotoGP season.

Crazy Joe will be trying to work out lines and gained some invaluable track knowledge ahead of this seasons race in July.

Unfortantely for Andrea he was forced to sit the day out after only four laps as he failed to respect the black flag.

He will get another chance to master the corkscrew today, but even MotoGP riders aren’t above the track day rules. Tut tut Andrea.