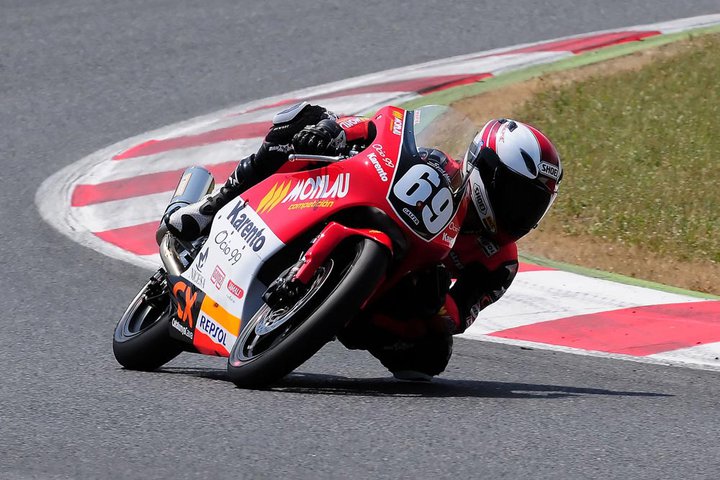 Maria Herrera Muñoz may not be a name that many of you are familiar with, but she is a 16 year old Spanish CEV Moto3 rider who will be wildcarding at next weekends Jerez MotoGP.

The 16 year old will be joining Ana Carrasco on the grid next weekend, aboard a KTM250.

Muñoz races for Emilio Alzamora’s Monlau Competition racing school, and will hope to follow in the footsteps of academy graduates Marc and Alex Marquez and Alex Rins to name a few, and will be on a Estrella Galicia 0.0 KTM, running in the same team as the full time riders of Alex Rins and Alex Marquez, much like the later did last season.

She also shares a manager with current MotoGP star Alvaro Bautista, meaning Maria regularly gets the opportunity to train with the GP man.

The 2013 CEV Buckler hasn’t started yet, so it would be Muñoz’ first competitive race of the season.