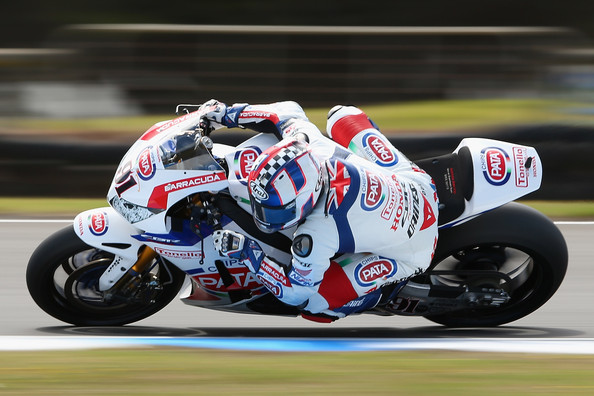 Leon Haslam has broken his left leg after crashing out of free practice ahead of this weekends Dutch SBK round at Assen.

The PATA Honda rider had been at the sharp end of a thoroughly miserable first session with conditions better suited to jet skis than superbikes, and with just under five minutes of the session left Haslam found himself in a competitive 5th position.

However when Haslam was preparing himself for a final assault he crashed out at turn seven, injuring himself. Haslam fell off the bike, and his leg was twisted sideways as it was caught in the wheel causing the break.

Haslam was taken to the circuit medical centre, and then transfered to the local hospital, where the Haslam’s and the teams fears were confirmed that Haslam had indeed broken the tibia and fibula, close to the knee in his left leg.

Haslam has now been taken to Groningen hospital, around 30km from Assen, where doctors are deciding whether to inset a pin or a plate in his left leg.